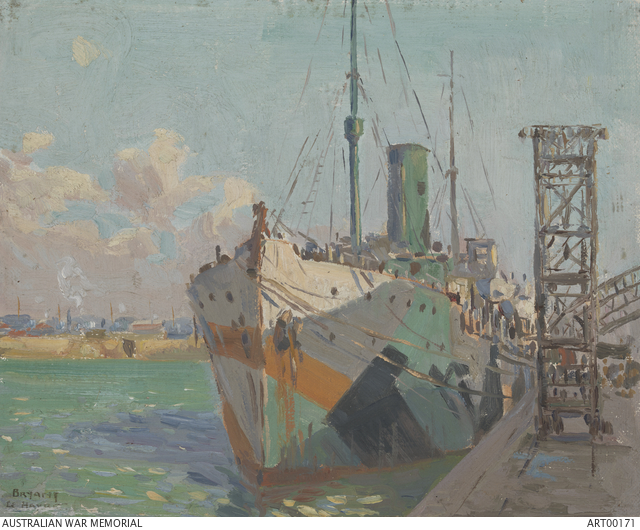 Painting of an unidentified camouflaged hospital ship at the wharf in the harbour at Le Havre, France during the First World War.