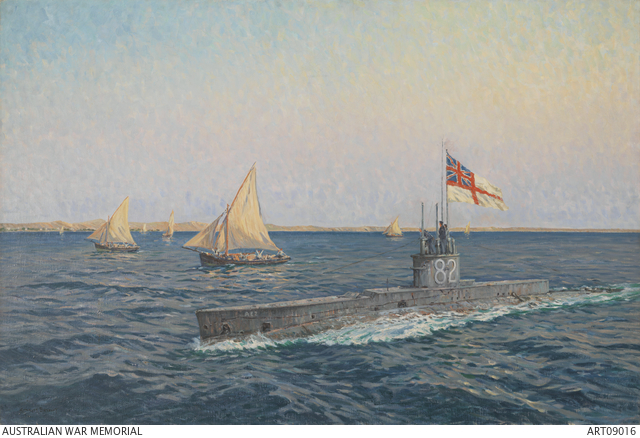 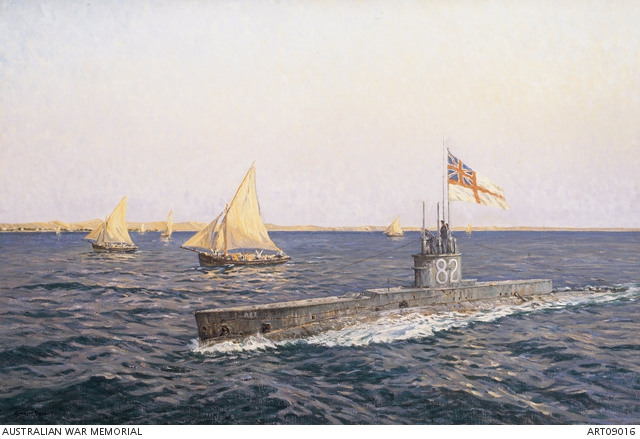 This painting shows the Australian submarine 'AE2' on patrol in the Sea of Marmora. The 'AE2' was the first allied submarine to penetrate the Narrows of the Dardanelles. The artist has painted 'AE2' on the bow of the boat to indicate that it is Australian, however the pendant number '82' on the conning tower of the submarine was actually allocated to the British E Class submarine, E2. Rather than being perceived as an oversight by the artist, this serves to indicate the broader role and success of the allied E Class submarines that successfully accessed the Narrows through to the Sea of Marmora.