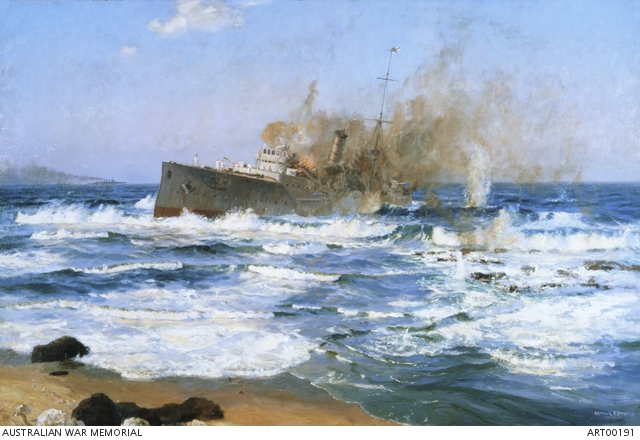 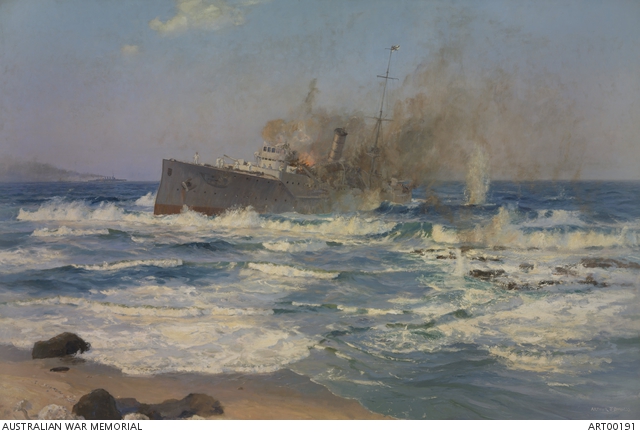 For the title of this painting the artist chose the text of the signal from HMAS Sydney to HMS Minotaur announcing victory in the Royal Australian Navy's first fight. As the convoy carrying the first Australian and New Zealand troops overseas passed within eighty kilometers of the Cocos Islands, a signal was received reporting a strange warship approaching the cable station there. HMAS Sydney was immediately detached from her escort duties with the convoy and sped off towards the islands, encountering the German raider cruiser SMS Emden. In the engagement that followed the Sydney sustained some early damage and casualties, but the fire so battered and crippled the German ship that Captain von Muller ran the Emden ashore on North Keeling Island.