Knocking off time at an aerodrome, Bankstown 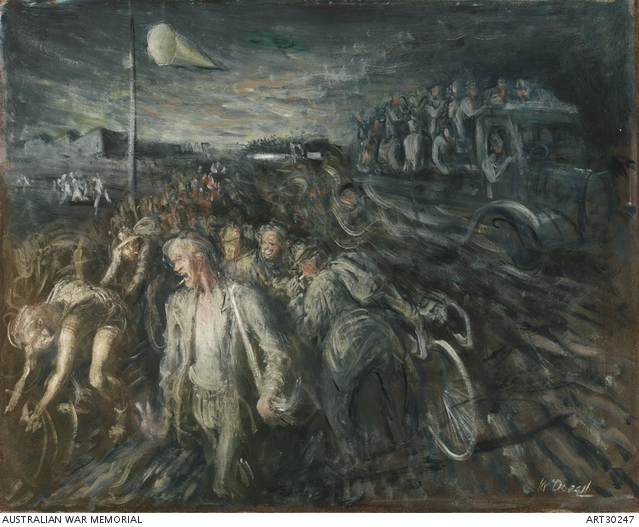 A group of men from the Civil Construction Corps leaving the airfield in Bankstown. Some of them are travelling in a truck, others are on foot or are riding bicycles. Dobell has captured the mass movement of the workers at the end of a working day and the various transportations available to civilians in war time. The perspective used by Dobell brings the viewer into the action as part of the crowd.