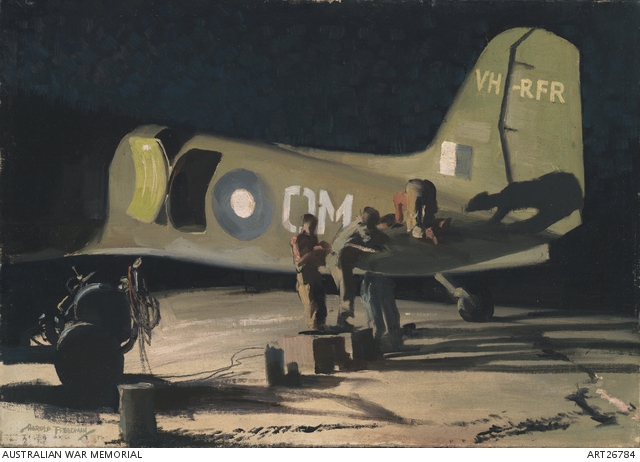 Royal Australian Air Force, No 37 Squadron; unidentified ground crew repairing damage to Douglas transport aircraft caused during supply dropping to prisoners of war in. During the Second World War Freedman enlisted in the RAAF and was appointed as a war artist attached to the RAAF Historical War Records Section and he worked here from 1944 to 1945, in Borneo, Noemfoor and around Australia.