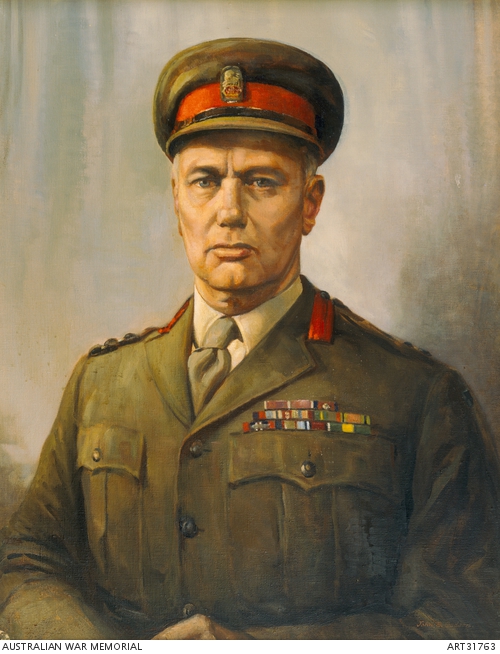 Depicts a portrait of NX396 Brigadier William John Victor Windeyer, CBE, DSO and Bar, MID (x3), joined the AIF to command the 2/48th Battalion during its training and in the siege of Tobruk in 1941, where he was awarded DSO. In 1942 he assumed command of the 20th Infantry Brigade and let it in the Battle of El Alamein. At El Alamein he gained a Bar to the DSO. In the Pacific Windeyer commanded his brigade through the operations at Finschhefen, New Guinea, in 1943 and in the Borneo campaign in 1945. He was appointed a CBE in 1944.