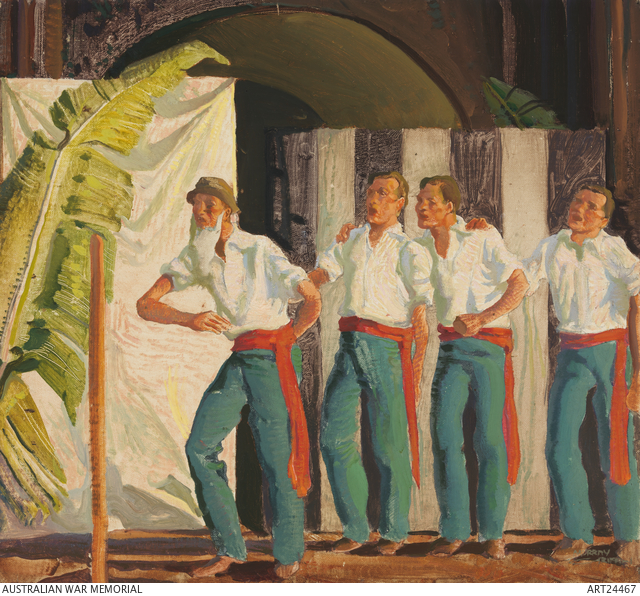 Four members of a concert party perform on a makeshift stage. Murray Griffin was an official war artist appointed in 1941 with 8th Division AIF in Malaya. He was prisoner of war at the fall of Singapore 15 February 1942 and imprisoned at Changi. He was returned to Australia October 1945.