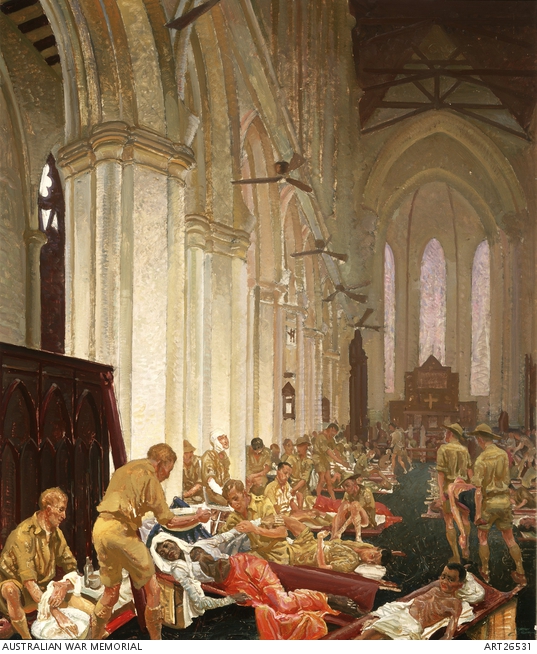 A few days before the fall of Singapore to the Japanese, on the 12th February, St Andrew's Cathedral was cleared of its seats and taken over by 2/9th and 2/10th Field Ambulances. The Cathedral buildings and grounds were used as a hospital, accommodating a constant intake of sick and wounded, both troops and civilians. Griffin noted: "Many casualties were brought into this haven during the bombardment of Singapore. The medical staff treated them all alike - AIF, British, Indians, Malays, men, women and children. There was a terrific din; first over the road on a padang near the sea, a battery of our guns blazed away on the Japanese concentrations in a last desperate fight. Apart from one stick of bomb falling across the cathedral, missing it, but hitting ambulances and killing some men, it remained unhit. It appears that the Japanese did their best to respect the red cross in this incident."