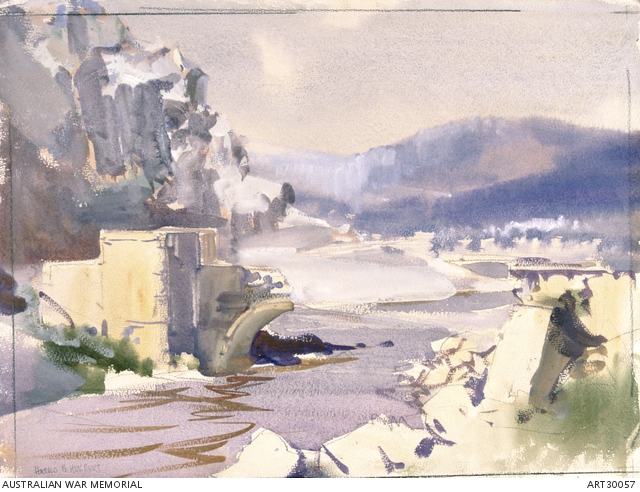 Depicts a ruined bridge over Litani River, near Marjayoun, Syria (now located in Lebanon). The bridge was blown up by retreating Vichy French forces. The artist wrote: "a serviceable low level bridge has been constructed some hundred yards or so below the bridge - which was a one-span structure of interesting design." This painting is part of the artist's Syrian Campaign series. The campaign involved Australian troops, mostly from the 7th Division, fighting alongside allied troops against the Vichy French in Syria and Lebanon.