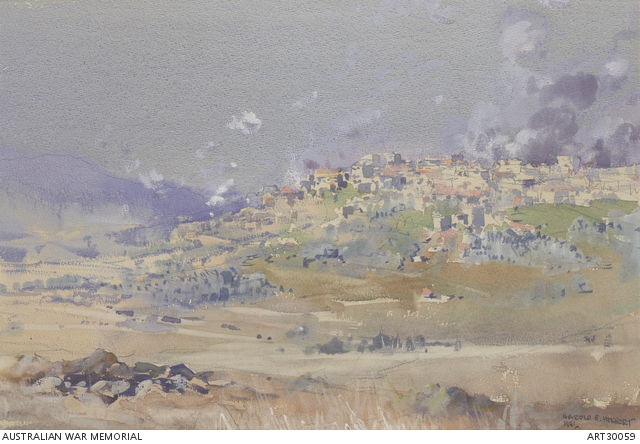 Depicts a reconstructed view of action at the Battle of Merdjayoun (19 June 1941 - 24 June 1941). The work is softly described, with pastel blues and yellows, lending an air of unreality to the smoke billowing out of the destroyed buildings in the town. Merdjayoun stood in front of a pass that led to British-held Palestine. It was held at one point by Australians, but lost to a counter-offensive by the pro-Axis forces. Eventually Lieutenant General Sir Frank Berryman and the 7th Division gained the town back. The Syrian Campaign involved Australian troops, mostly from the 7th Division, fighting alongside allied troops against the Vichy French in Syria and Lebanon.