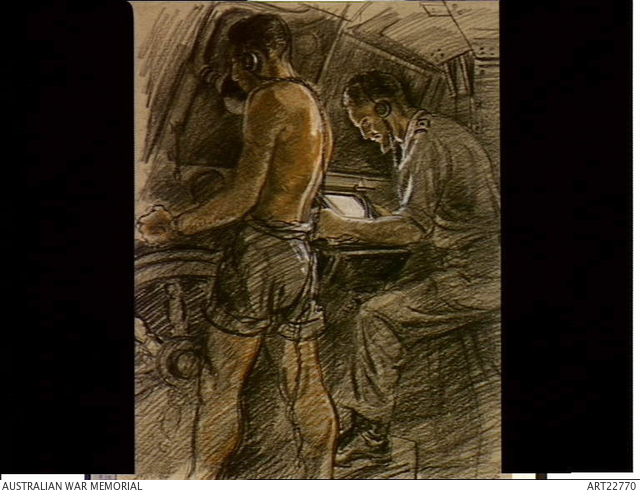 Anti-submarine equipment of HMAS ML426 (ML is motor launch) a ship built in Australia and known as the Fairmile. Sub Lieutenant Dudley Robin Ross, Royal Australian Naval Volunteer Reserves, on the right, is carrying out an attack on an enemy submarine using the ASDIC (Anti Submarine Detection Investigation Committee) equipment in the wheelhouse. On the left, S5176 Able Seaman Robert Myles John Stutsell is relaying the report through to the bridge and steering the Fairmile towards the indicated location of the submarine. Stutsell was trained for this work in England and also served with the Royal Navy.