Hill of the Good Samaritan (The road from Jerusalem to Jericho) 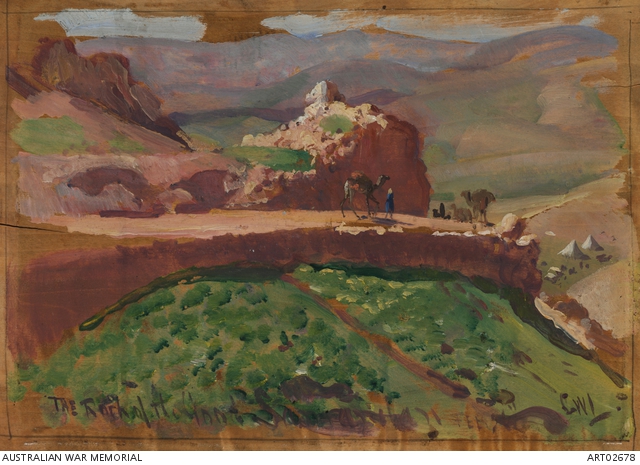 Depicts a road, with Arabs and camels passing through a hilly landscape. A valley with tents in the background. A small encampment can be seen at the base of the hill. This scene is near the Inn of the Good Samaritan, about seven miles from Jerusalem. This work was made on 21 February 1918 as the artist George Lambert moved down the narrow winding road from Jerusalem to Jericho which the Turks had tried to block.