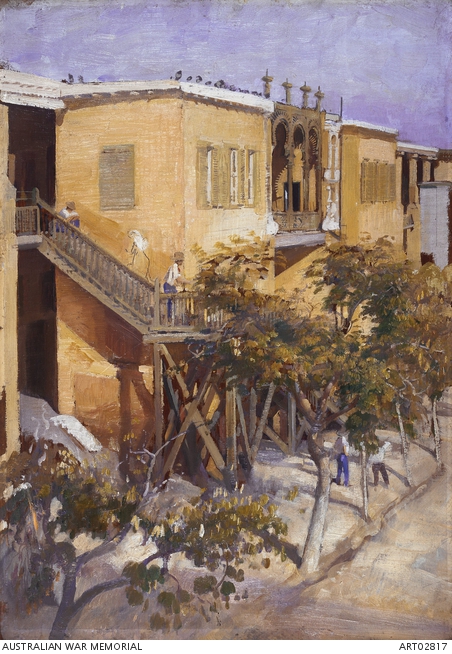 Depicts a two-storey yellow rendered building with green shuttered windows and a balcony of Moorish design. Men in standard convalescent dress of blue trousers, white shirts and red ties (and the pencil outline of a nurse) stand on the outside green staircase, and another two men gather under the trees below. The Egyptian Army Barracks at Abbassia (on the outskirts of Cairo) were used as an Australian hospital from August 1915 until 1919. As well as war injuries, there were a number of diseases associated with the region, particularly malaria, dysentery and pneumonia, which kept the hospitals overworked throughout the Sinai and Palestine campaigns (Butler).