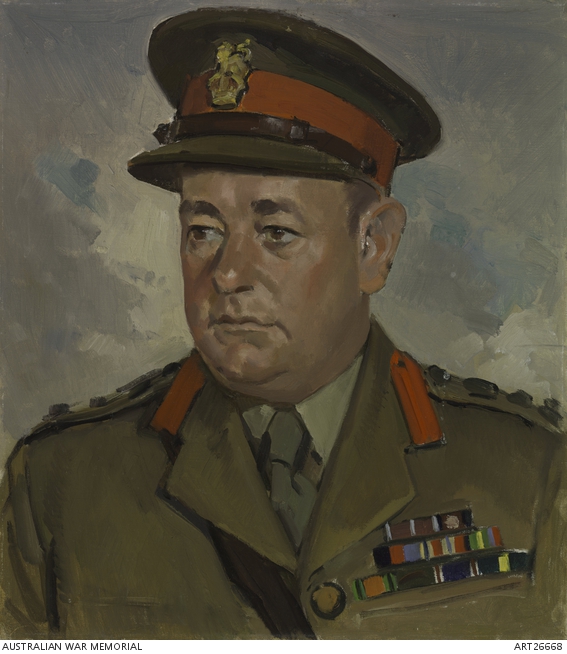 Portrait depicting Brigadier Murray John Moten, CBE, DSO and Bar, was in command of a Citizen Military Force unit at the outbreak of war and was second to command the 2/27th Australian Infantry Battalion in 1940. He led the battalion in he campaign in Syria in 1941, gaining the DSO. Promoted to brigadier and appointed to the 17th Australian Brigade he commanded it during 1943 New Guinea campaign around Wau and Salamaua, for which he became a CBE and was awarded a Bar to the DSO. He retained command of the brigade throughout its final campaign of the war in the Aitape-Wewak area of New Guinea.