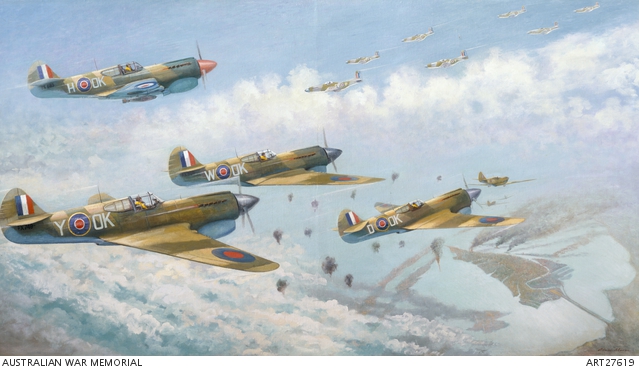 This was a precision attack by four squadrons of Mustang and Kitty hawk fighter bomber. including No.3 and 450 Squadrons, Royal Australian Air Force, against shipping and installations at Venice during the campaign in Italy. The aircraft sank a 3,5000-tonne merchant ship, a torpedo boat and a coastal vessel, blew away much of the west quay and destroyed five large waterfront warehouses. By the end of the month, largely as a result of the dominance which the fighter bombers had attained over Italy, no target could be adequately defended against them, and no movement of enemy troops or supplies over a very large area was possible without danger of surprise attack by the aircraft. On 2 May, 1945 all German forces in Italy and western Austria surrendered.