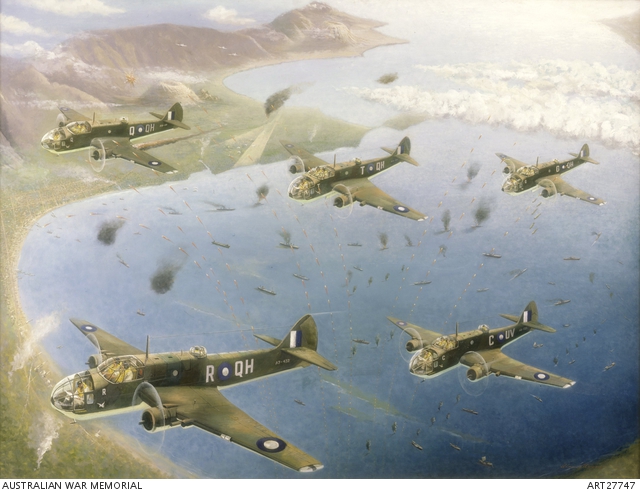 Five Beaufort bomber aircraft fly high over Rabaul, dropping bombs over the ocean, landscape and vessels below. Japan, after occupying Rabaul, New Britain, in January 1942, they developed the town, harbour and adjoining areas of the Gazelle Peninsula as their main base in the New Guinea theatre. In October 1943, as resources increased, the Allies began a major offensive aimed at neutralising Rabaul, which became the scene of almost incessant air attacks. Eventually, the isolated and much battered base was pounded into ineffectiveness by almost 22,000 tonne of bombs dropped by United States, Australian and New Zealand aircraft, and hundreds of tonne of projectiles fired into the town by allied naval units. The neutralisation of Rabaul took 12 months to accomplish and was a serious strategic defeat for the Japanese.