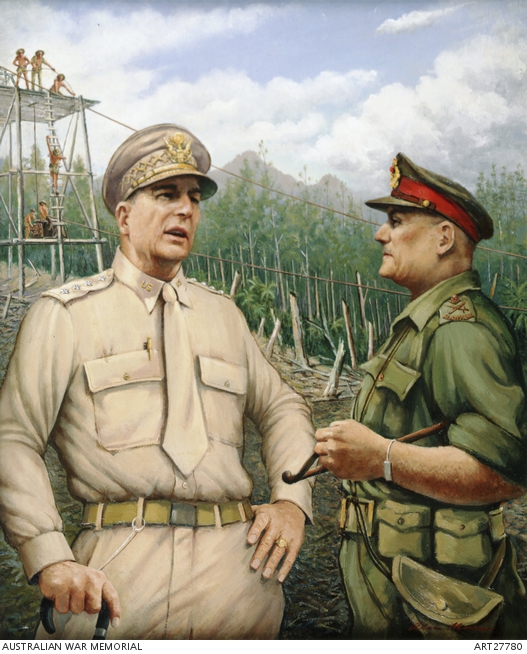 Depicts General Douglas MacArthur, the Commander of the South West Pacific Area during the Second World War with NX2 Major General A S Allen, DSO, Commanding the 7th Division. In the background is the tower at the end of a flying fox, used to transport material and equipment at the beginning of the Kokoda Track, New Guinea. The painting was commissioned to commemorate the event of General MacArthur's first visit to New Guinea and seeing the Kokoda trail at Owers' Corner on 3rd October 1942. Owers' Corner was named after Captain Owers.