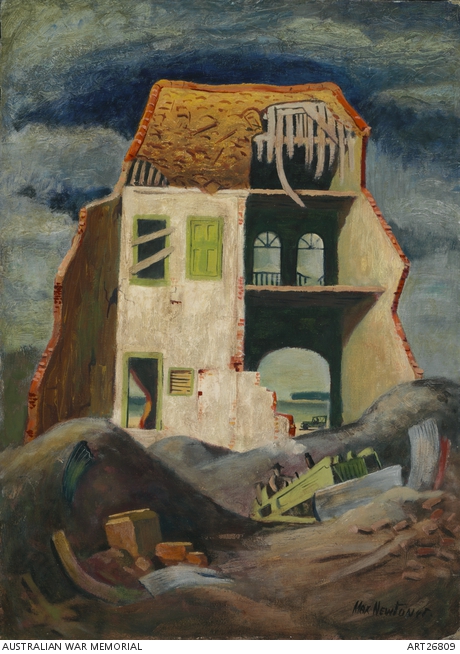 Depicts the wreckage of a bombed building in Victoria Town, Labuan. The wreckage partially reveals the interior of the buildling. A bulldozer works to gather the rubble and fallen masonry for airstrip construction. An army vehicle can be seen on the beach behind the building through the damage left by the bombing. Max (Thomas Maxwell) Newton enlisted with the AIF. He was seconded to the RAAF War History Section as an Official War Artist in 1945. He travelled to Labuan and Morotai as part of his appointment, where he recorded aspects of the RAAF involvement in the Pacific during the Second World War.