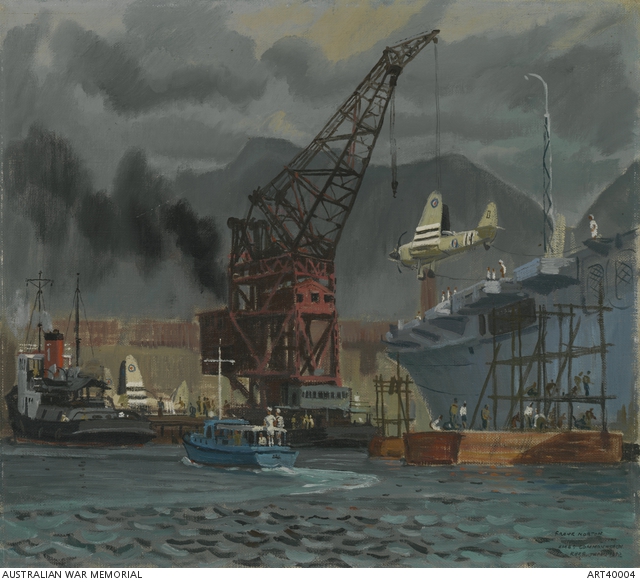 In this painting by official war artist Frank Norton of HMAS Commonwealth Naval base 'Damaged aircraft are being transferred from HMS Ocean to a lighter before being towed by No.1 tug to RAAF workshops at Iwakuni (a tow of 50 miles). This 40 ton floating crane is self propelled (speed 3 knots), manned by a Japanese Master and crew and is part of RAN tug control.' In the foreground a Royal Australian Navy workboat and barges are visible. Norton noted that the barges on the right were having their sides painted by male and female Japanese dock workers.