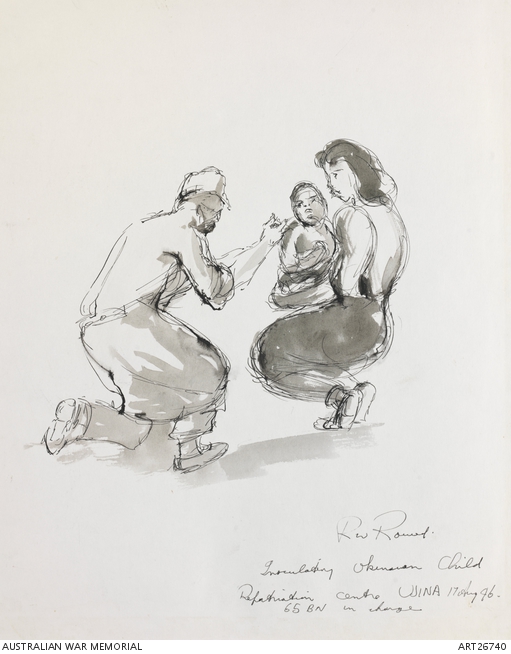 This Japanese repatriation centre at Ujina - near Hiroshima - is under the control of British Commonwealth Occupation Force (BCOF) and supervised by 65th Australian Infantry Battalion. The sketch was made during an inoculation and vaccination line-up by Okinawan prior to evacuation to Okinawan. An Okinawan child is shown receiving inoculations at the repatriation centre in Ujina, at which the 65th Battalion was in charge