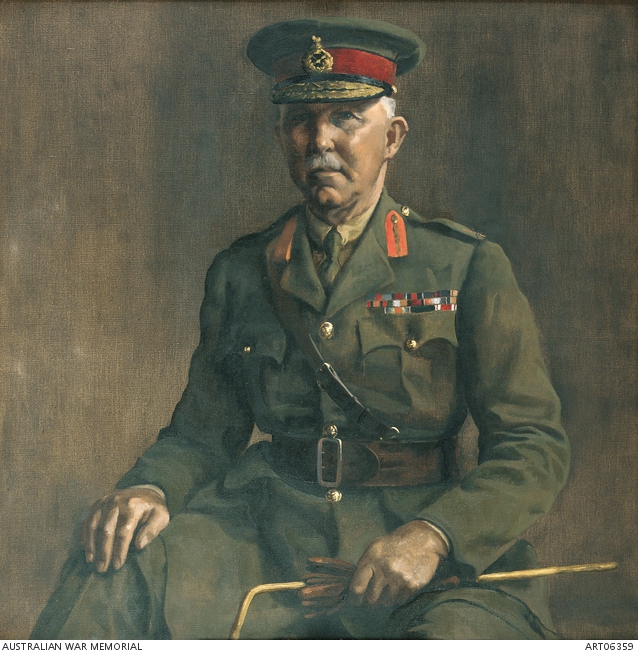 Depicts a portrait of Brigadier General John Robinson Royston, CGM, DSO, a South African who had served against the Zulus and in the South African War, where he was closely associated with Australian contingents. Attached to the A.I.F in 1916 he commanded the 12th Light Horse Regiment and later the 2nd and 3rd Light Horse Brigades in operations at Romani, Magdhaba, Rafa and Gaza.