Charge of the 2nd Infantry Brigade at Krithia 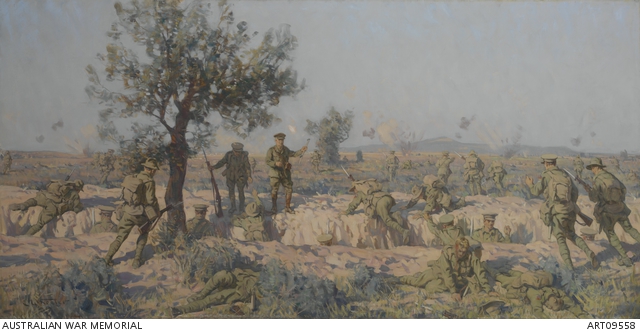 Late in the afternoon of 8 May 1915, at half an hours notice, the Australian and New Zealand troops received orders to attack the village of Krithia to the south of the Anzac area. Moving across a thousand metres of open plain against intense fire the attackers lost over a third of their number. Depicts a landscape scene of the 2nd Infantry Brigade leaving Tommy's Trench to cross No Man's Land towards the Turkish village of Krithia, urged on by the Brigade Commander General McCay. Krithia can be seen in the background.