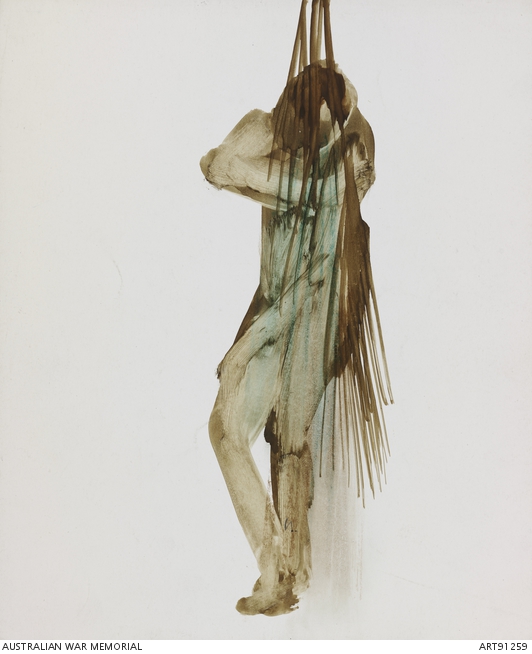 Gallipoli soldier having a shower. This is one of the earliest works Nolan created relating to the Gallipoli series whilst he was on the Greek island of Hydra in the Aegean Sea. The works initial source is that of the Trojans and heroic Greek figures, an idea that Nolan was interested in at the time and from which the Gallipoli series stemmed. The work also relates to Nolan's time spent in the army during the Second World War and memories of communal showers and latrines. He has inscribed on the verso of the work 'soldier Ballarat?'.