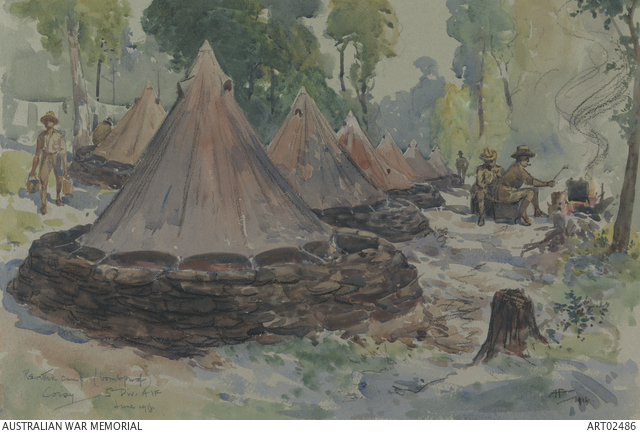 Depicts an encampment at Coisy with bell tents in a forest, surrounded by walls of sandbags. There are two soldiers in middle distance sitting by a camp fire and a soldier carrying to buckets of water to the left.