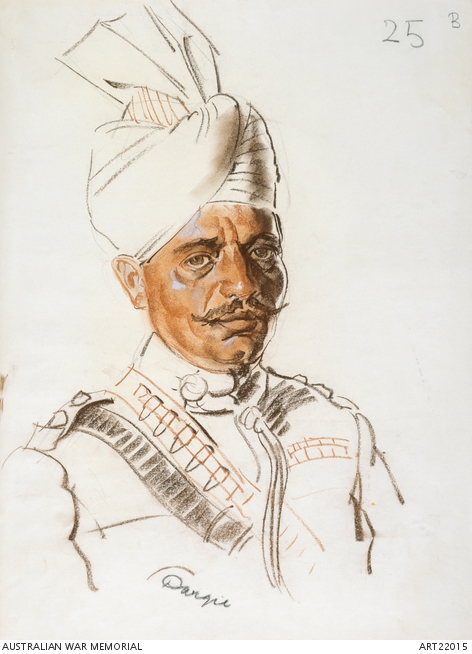 Portrait depicting a Risaldar of the Indian Mule Corps that was attached to the Australian 6th Division in Syria. In Persian, Risaldar means the commander of a risala (mounted troop), and is a mid-level rank in cavalry and armoured units of the Indian Army. Risaldars generally command squadrons and their rank is equivalent to a Major.