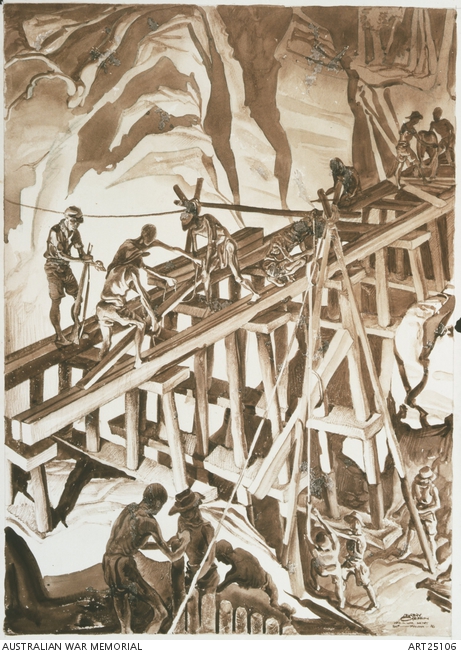 Reconstruction of scene of prisoners building part of the Burma-Thailand railway. A guard stands watching some prisoners at work. Griffin originally volunteered to go to the railway, thinking conditions might be better. He gave up his spot for another man and remained in Changi for his entire captivity. Here, Griffin depicts the perilous conditions on the railway, which he was told about back in Changi prison by survivors of the atrocity. The men, in their emaciated state, were forced to work in treacherous conditions to complete the railway for the Japanese. In this work, Griffin uses his composition to draw comparison to the depths of hell, a theme he expressed in many of his Burma-Thailand railway works.