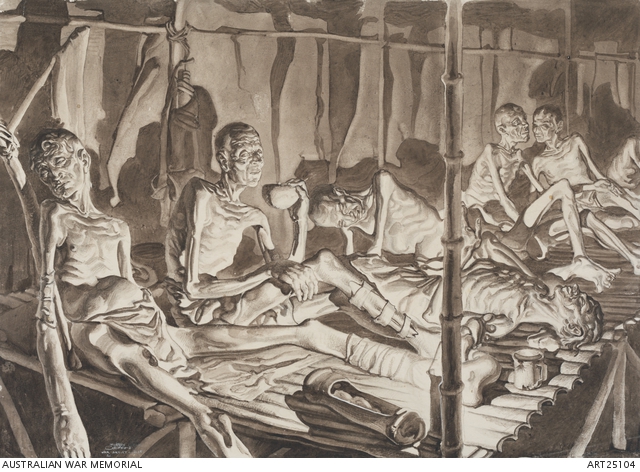 Gaunt, skeletal figures lying on beds inside a hospital on the Burma-Thailand railway. Griffin's use of light and shade in this work accentuates the physical condition and obvious suffering of the men as well as drawing comparisons to the depths of hell. Griffin originally volunteered to go to the railway, thinking conditions might be better. He gave up his spot for another man and remained in Changi for his entire captivity. Griffin was appalled by the condition the men returned in from the railway. He sought to make records of events and conditions that occurred on the railway from survivor testimony.