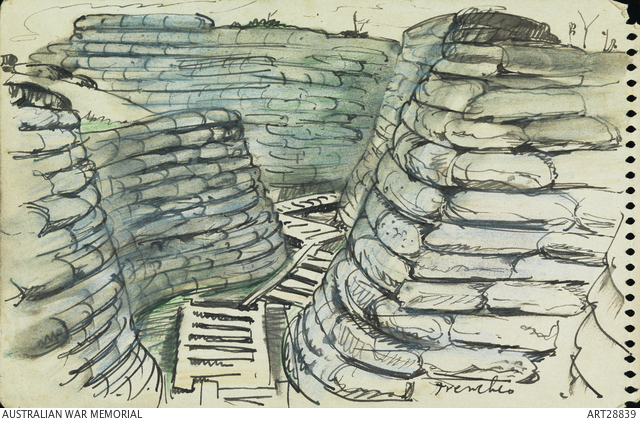 An intimate sketch of a war trench in France, including sand bags and duckboards.