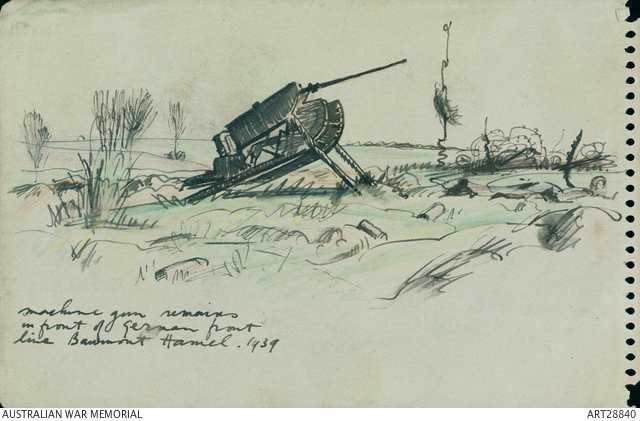 A sketch of a the ruins of a machine gun in front of the German Front Line at Beaumont Hamel in northern France.