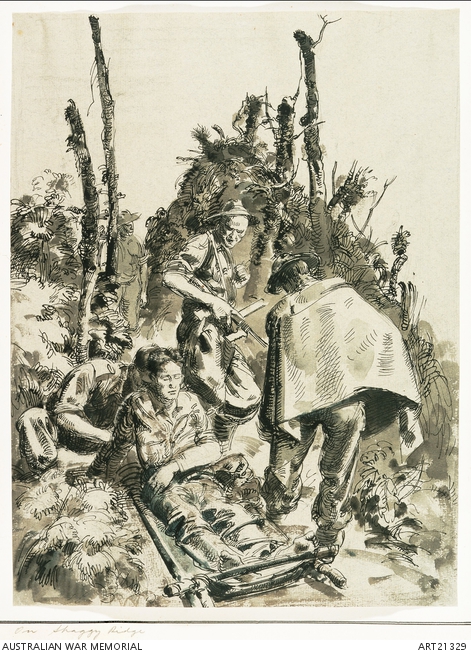 Pen and ink sketch, intended to inform a larger painting later, of four Australian soldiers. One man is in a stretcher, with one attending to him, while two others are walking up the ridge. Dargie noted:
"Soldiers, with one of the Pimples very much blasted by artillery and mortar fire in the background. One of the misconceptions which should be removed from the public mind, is the impression that the battle for Shaggy Ridge was a battle for a Pimple. There were three of these features ---- First, Intermediate and Green Sniper Pimples. In addition there were several other smaller ones along this knife-edge".