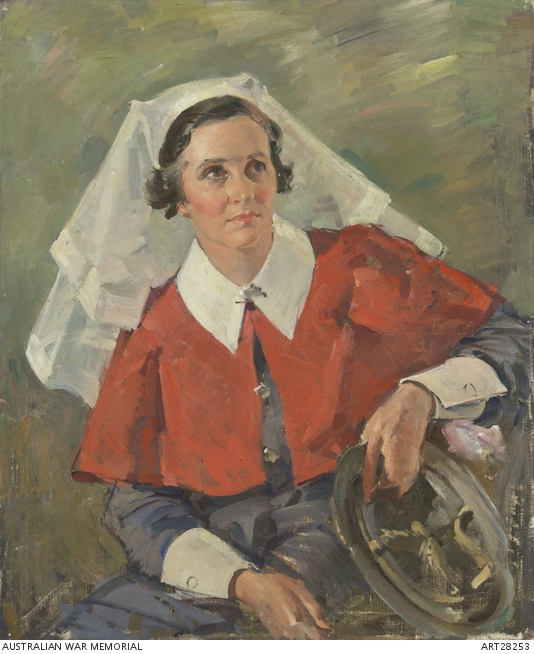 Conscious of the vital role played by the Australian Army Nursing Service during the war, Sir Thomas Blamey (knighted in 1935) requested Ivor Hele paint two portraits as a tribute. The first was of Matron Annie Moriah Sage, Matron-in-Chief, AIF, in the Middle East (ART22203), and the second was to represent nurses working in the field. The nurse selected was Sister Millie McKittrick, who had originated from Hele's home state of South Australia. A rising sun badge clasps the collar of the sister's uniform and she holds a tin helmet in one hand, symbols of her involvement in the war and service to her country. A member of Australian Army Nursing Service, she served with the AIF in the Middle East, Cairo, Egypt.