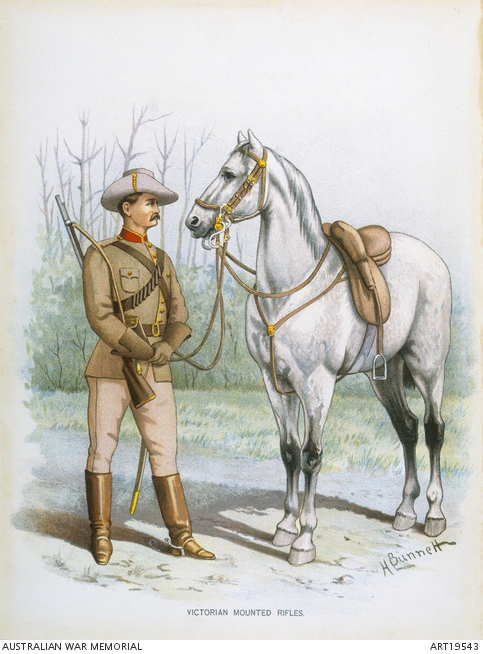 Depicts a dismounted officer of the Victorian Mounted Rifles (VMR) (the uniform he is wearing is oversimplified and inaccurate), with the horse wearing military bridle pattern 1885 and officer's saddle. The VMR was a volunteer body, and members supplied their own horse, saddlery and uniforms. This image was reproduced in 'Her Majesty's Army', volume 3, Her Majesty's Indian and Colonial Forces. Henry Richard S Bunnett (1845-1910) was a British artist who was in Canada 1885-1889 and produced paintings and illustrations for publications.