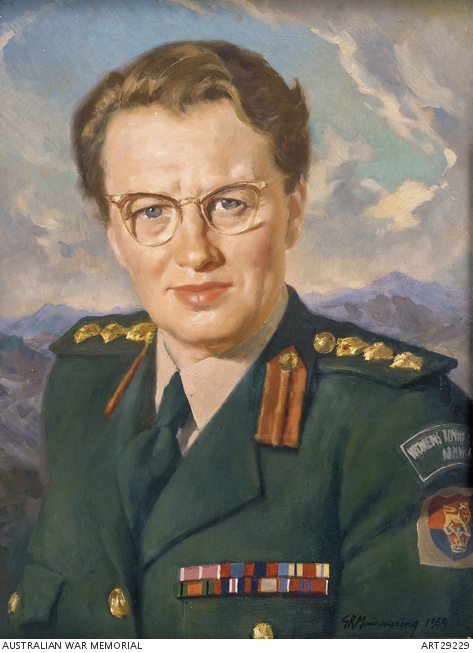 This portrait depicting Colonel Kathleen A L Best, AAMWS, WRAAC (1928-1957) was posthumously commissioned by Colonel Sybil Irving, Australian Army Medical Women's Service. On 12 February 1951, Best became the founding Director of the Australian Women's Army Corps, which was shortly after given the designation "Royal". In September 1952 she reached the rank of honorary colonel and four years later, in 1956, appointed Officer of the Order of the British Empire. Despite her achievements Best has been described as a modest woman with an engaging sense of humour. Those who served under her considered Best an inspiring leader who ruled with a firm hand, but who also treated her subordinates with fairness. Aged only 47, Best became ill with melanomatosis and died on 15 November 1957 at Epworth Hospital in Richmond, Melbourne.