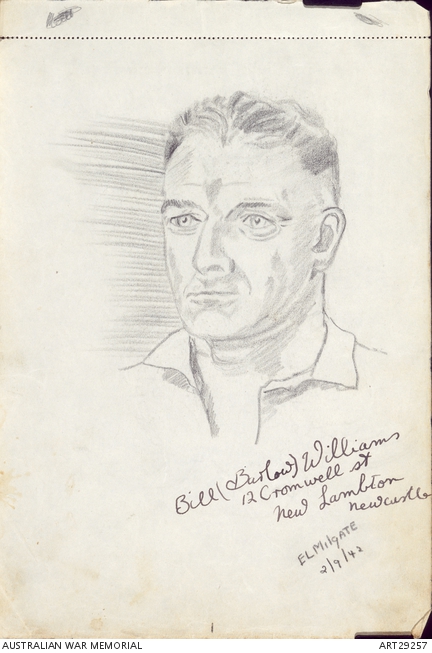 Portrait depicting NX45986 Sapper William Johnson 'Bill' Barlow Williams, a member of 2/3 Field Company 9th Division (formerly 6th Division). He was in POW camp in Grupignano, Italy, after capture near Derna Libya on 7th April 1942. Taken part in forced march to Czechoslovakia with other POWs, became ill and died in a hospital in Prague on 21/3/45. He is buried in a war cemetery nearby the city.