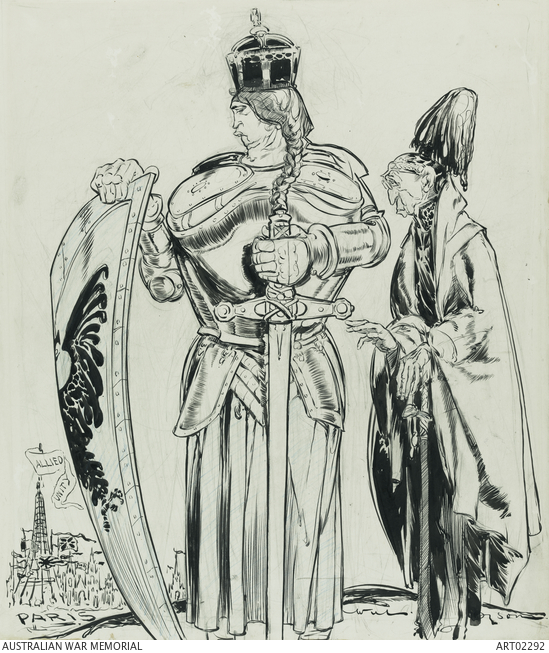 Depicts two figures, either Kaiser Wilhelm II and Emperor Franz Josef or 'Germania' and Wilhelm. The thin, elderly figure on the right may also represent the declining Austro-Hungarian empire gazing at the location where the Allied powers met on 26 March 1916 (the Allied Paris conference) during which time they declared their unity and agreed to form a Permanent Committee of International Economic Action. A number of Dyson's caricatures were published in 1915 and are characterised by his response to Germany's military monarchy. Using a figure loosely based on the Kaiser, Dyson identified the 'common enemy' and attacked it with vigour.