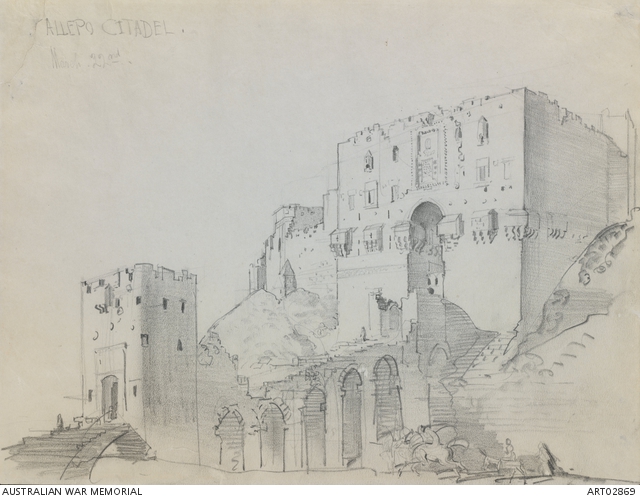 Depicts a drawing of a Crusaders' fortress with ruins of two massive gate houses linked by stairway supported by arches. Aleppo in northern Syria is a very ancient settlement, already established by the second millennium B.C. The Crusaders failed in their attempts to capture it. "The Citadel", standing on a natural mound with artificially steepened sides, is on of the most splendid monuments of Arabic military architecture. Though its origin and its foundations are far more ancient, it dates in its present form from the reign of Saladins son, Mahiq ez Zabir, and his inscriptions are still to be seen upon its gateway. Lambert passed through Aleppo after his visit to Gallipoli with the Australian Historical Mission in 1919.