Roberts and Kitchener for Cronje's Camp near Paardeberg in the evening before the capitulation, 27 February 1900 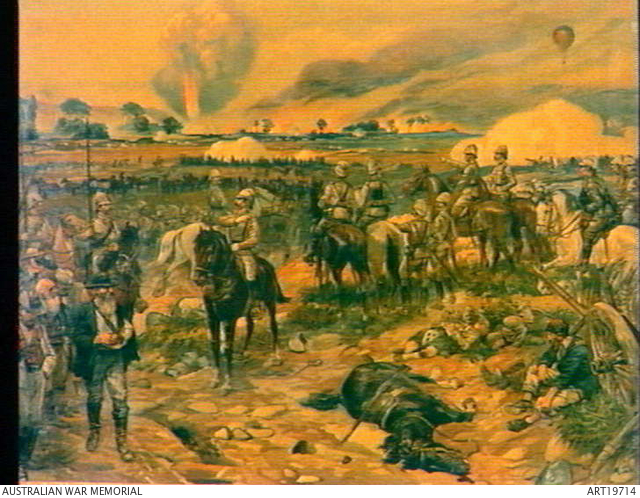 Depicts Field Marshal Lord Roberts and Lieutenant General Lord Kitchener with their staff near Paaderberg Drift where the Boer General Piet Cronje was trapped during the South African War. The British cut off the Boers and their families in the river bed, where the Boers were finally forced to surrender. The Australians fought in this area after the fall of Kimberley.