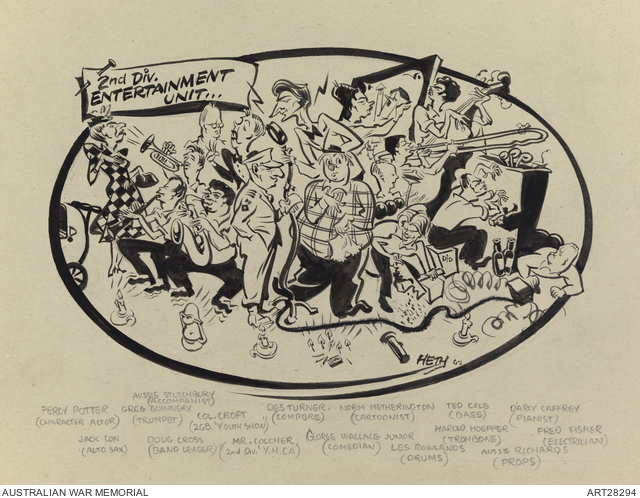 Norman Frederick Hetherington OAM (1921 - 2010) was an Australian artist, teacher, cartoonist (known as "Heth"), puppeteer, and puppet designer. He is best remembered as the creator of Mr. Squiggle, one of Australia's longest running children's shows. Born in Sydney, he contributed his first cartoon to 'The Bulletin' while still at highschool and he stuided art at the East Sydney Technical College in the late 1930's. Hetherington joined the Bulletin full time after war service, alongside the likes of Norman Lindsay. During the Second World War, he served with the First Australian Army Entertainment Unit in Dutch New Guinea, New Guinea, New Britain, and in the Torres Strait Islands.