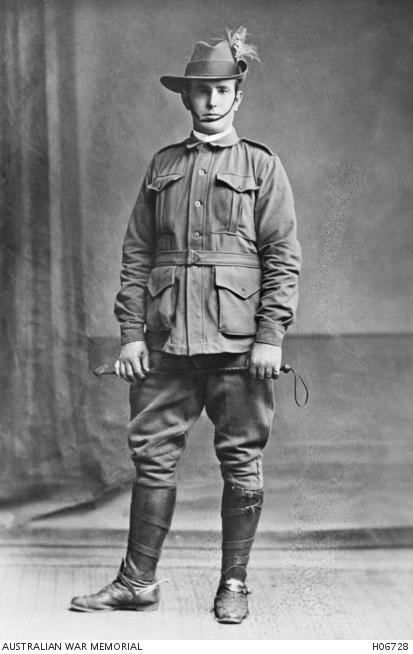 Studio portrait of 496 Sergeant (Sgt) Seymour William Pead, 28th Battalion. A butcher from Perth, WA prior to enlistment, Sgt Pead originally enlisted with the Light Horse but was granted an early discharge. Re-enlisting with 28th Battalion, he embarked with C Company from Fremantle on HMAT Ascanius on 29 June 1915. After being severely wounded at Gallipoli he was transferred to HS Guildford Castle where he died, aged 40, on 22 September 1915 and was buried at sea. He is commemorated on the Lone Pine memorial, Turkey. See also H18831.