Group portrait of some of the first recruits to the Machine Gun Section, 16th Infantry Battalion ... 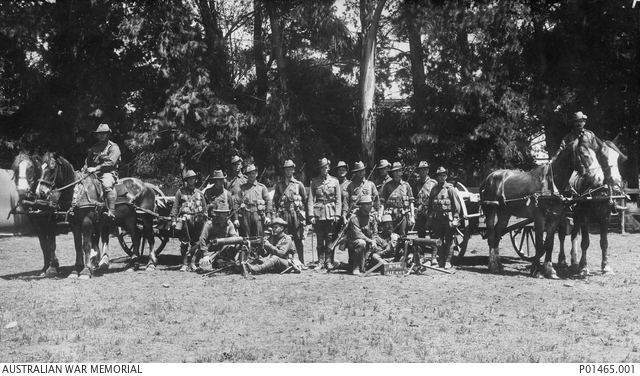