Group portrait of the Commanding Officer and Officers of HMAS Manoora on A Deck. Identified from ... 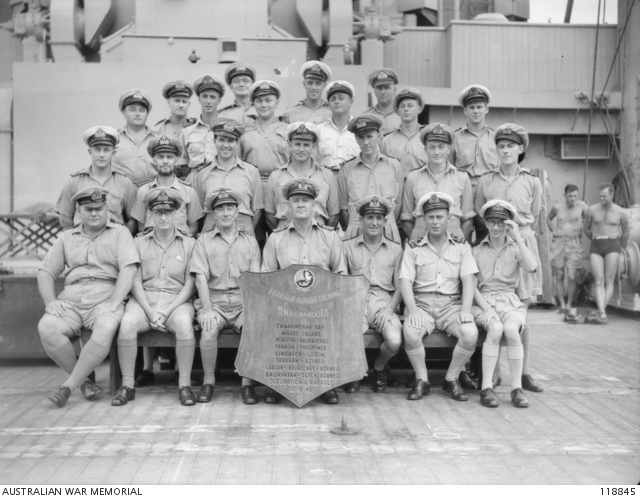