Studio portrait of the 25th Battalion Expeditionary Force football team, on the occasion of the ... 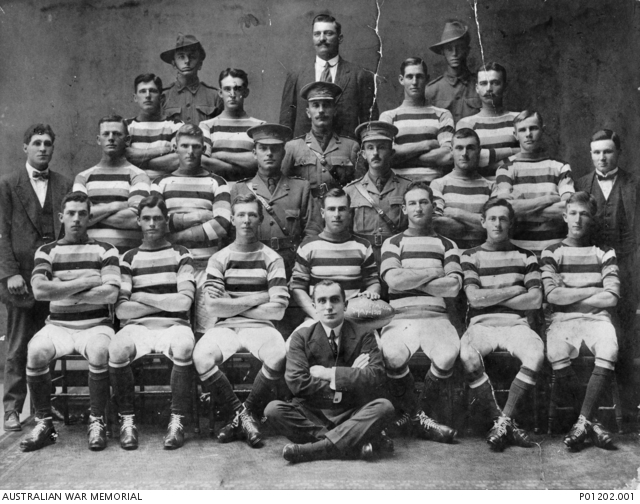