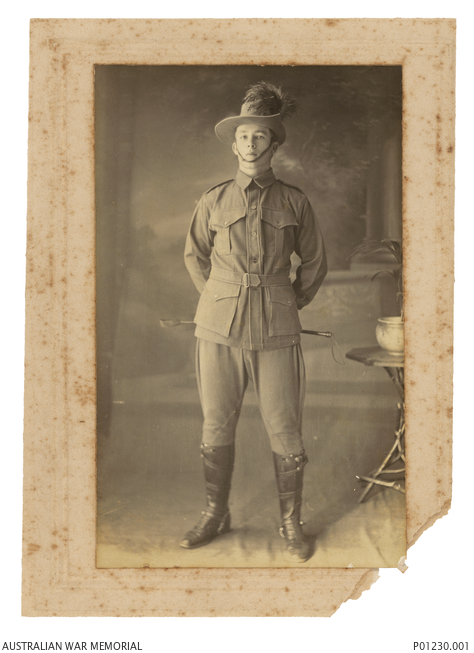 Studio portrait of 3347 Private (Pte) David Emmett Coyne, 31st Battalion. A farmer from Mackay, Qld prior to enlistment, Pte Coyne embarked with the 7th Reinforcements from Brisbane on HMAT Seang Choon on 4 April 1916. Following short periods with the 47th and 67th Battalions, he was transferred back to the 31st Battalion with the rank of Sergeant. Whilst testing bombs, he accidently dropped one into a trench. After warning the occupants, he threw himself onto the bomb to protect the others and undoubtedly saved several lives. He sustained multiple wounds and succumbed to these wounds on 15 May 1918, aged 22. For this action he was posthumously awarded the Albert Medal (Gold), the only member of the 1st AIF to be so honoured. He was interred in the Vignacourt British Cemetery, France.