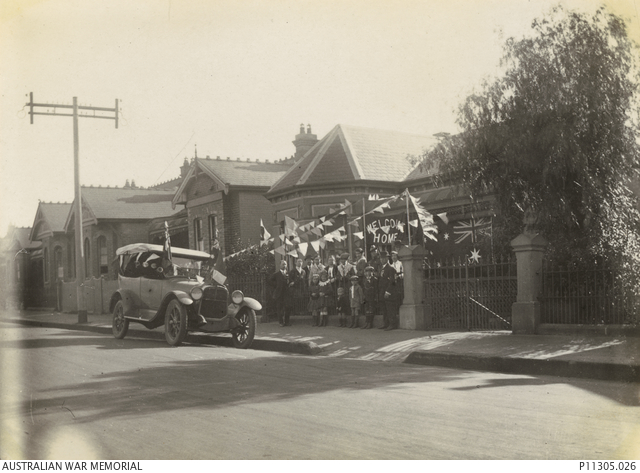 Homecoming celebrations for 4403 Staff Sergeant (SSgt) Ernest George Hewish at 30 Harrow Road, Stanmore, NSW. An instrument attendant from Stanmore, NSW prior to enlistment, SSgt Hewish embarked with the rank of Lance Sergeant with the 3rd Australian General Hospital from Sydney on RMS Mooltan on 15 May 1915. While serving at Gallipoli he was promoted to Staff Sergeant. After serving as a Temporary Warrant Officer Class 1, he reverted to the rank of Staff Sergeant and returned to Australia on 12 May 1919. This image is from the collection of 4403 Staff Sergeant Ernest George Hewish, 3rd Australian General Hospital..