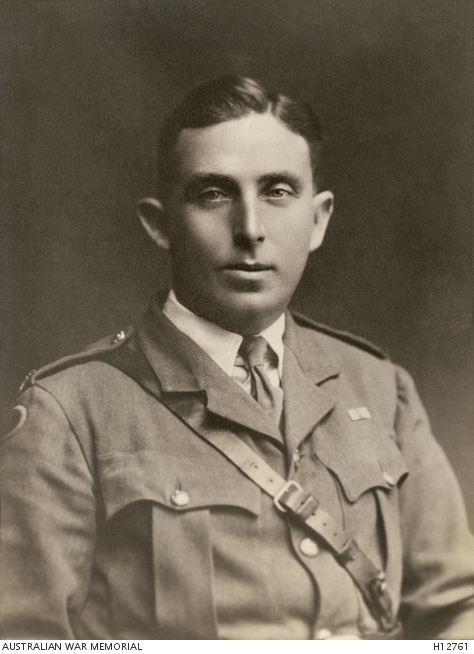 Studio portrait of Major (Maj) James Doherty, 7th Field Artillery Brigade (FAB). A company secretary from Darling Point, NSW prior to enlistment, Maj Doherty embarked with the rank of Second Lieutenant with the 10th Reinforcements 1st FAB from Melbourne on HMAT Hororata on 27 September 1915. Later transferring to the 21st Howitzer Brigade, he was promoted to Lieutenant. Subsequently transferring to 102nd Howitzer Brigade with the rank of Captain, he was Mentioned in Despatches. He was later awarded the Military Cross for his actions in an ammunition fire thereby saving men and equipment. Once again showing courage and leadership in a fire situation, he was awarded a Bar to his Military Cross. He then joined the 7th FAB with the rank of Major. Shortly after the Armistice he became ill whilst in England and on 26 February 1919, aged 30, he died from broncho-pneumonia and was buried in the Australian section of the Brookwood Military Cemetery, England.