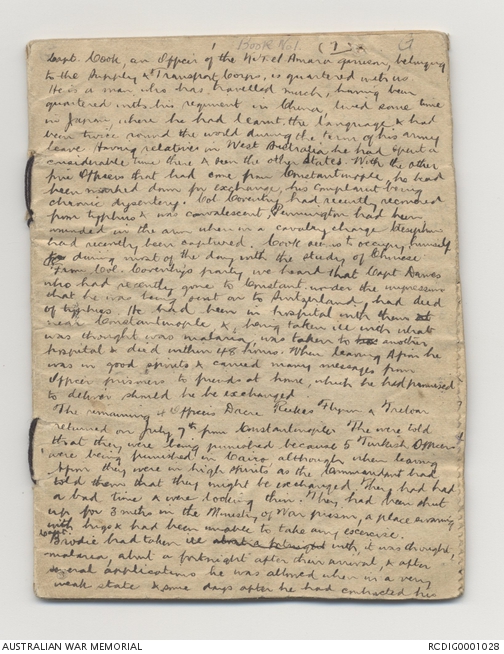 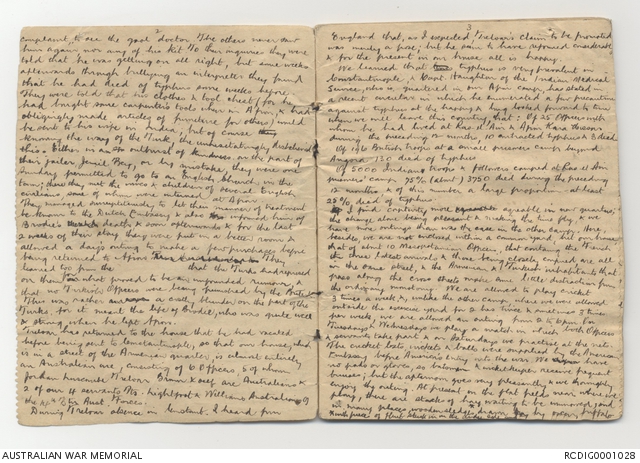 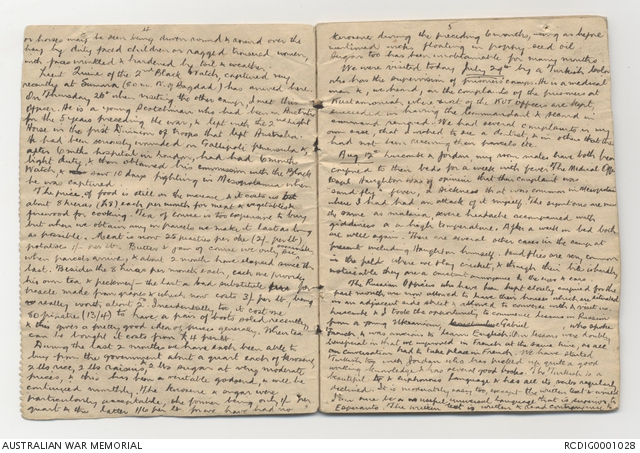 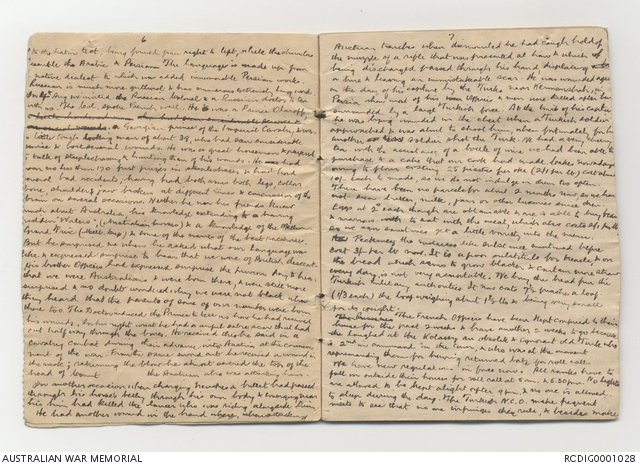 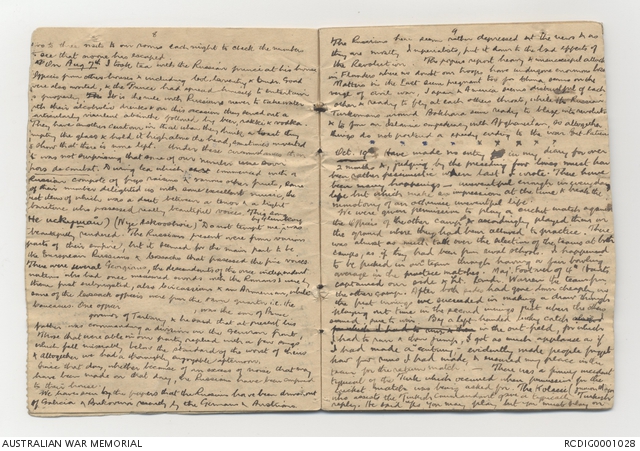 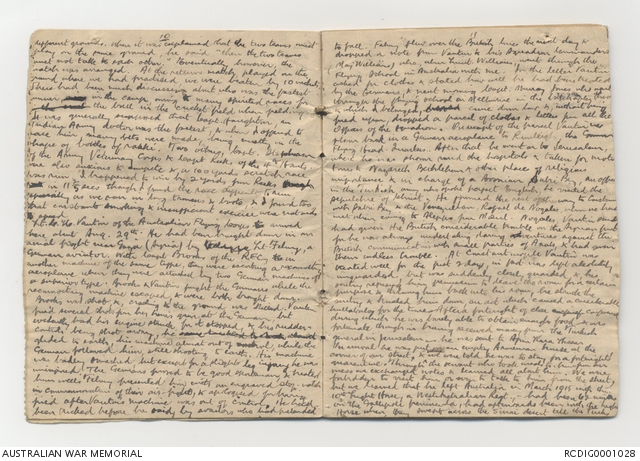 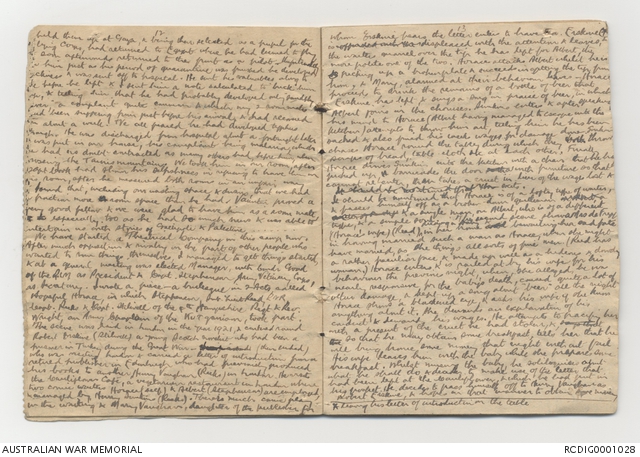 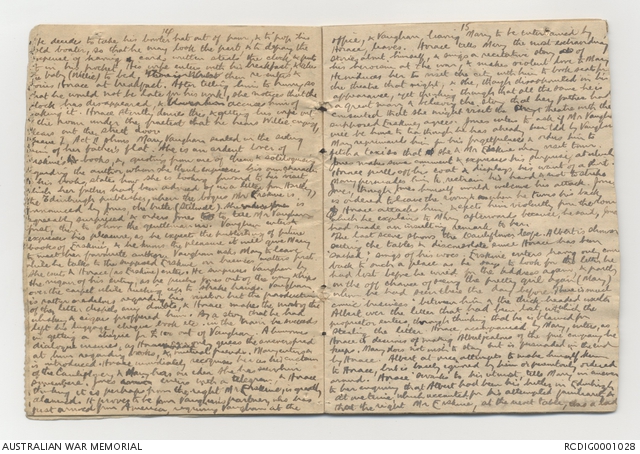 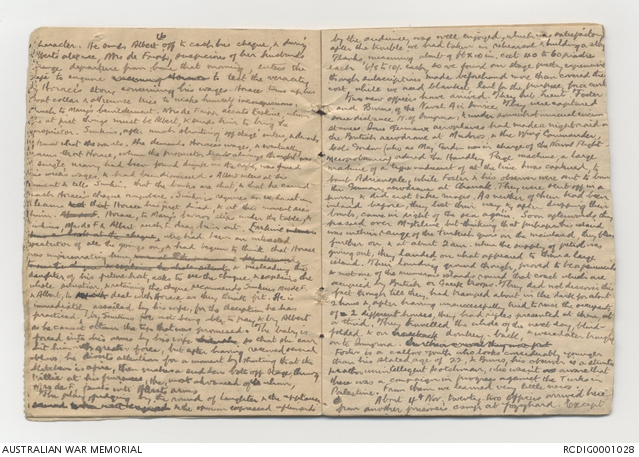 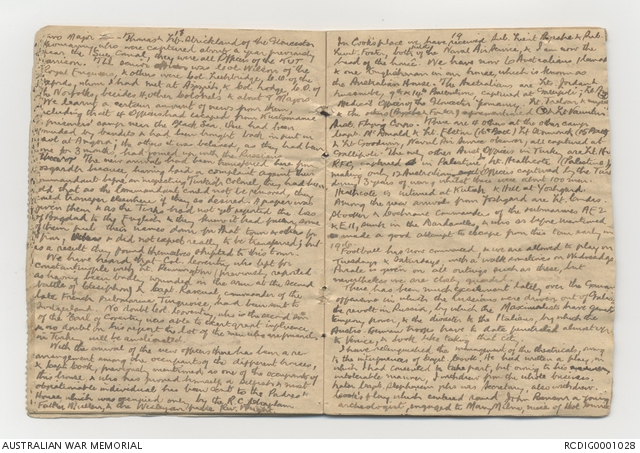 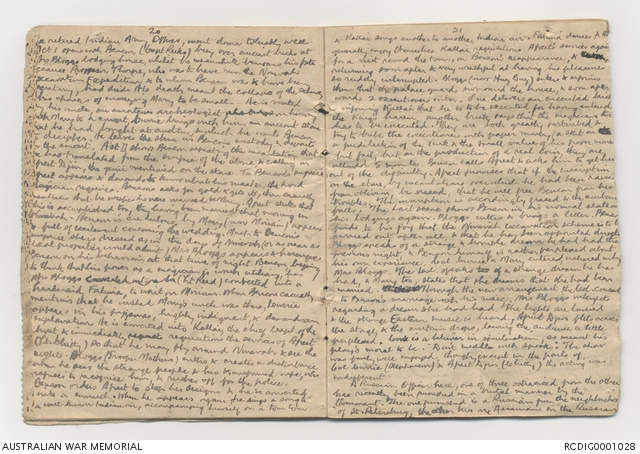 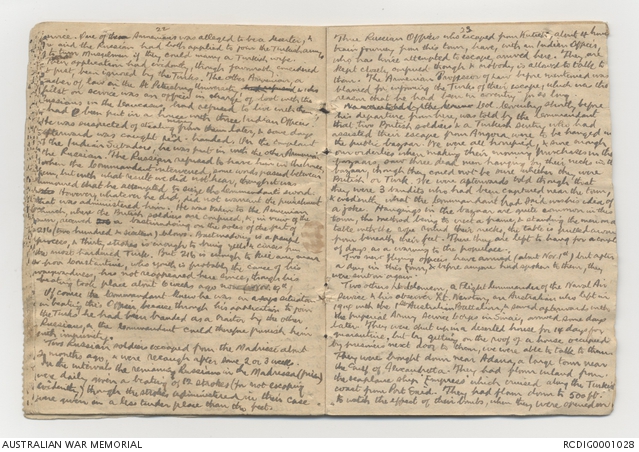 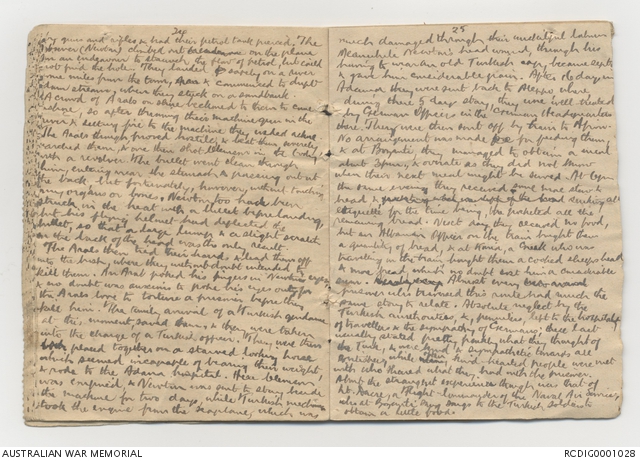 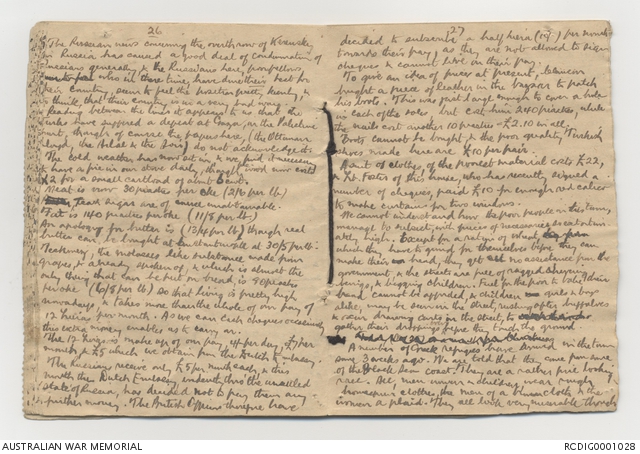 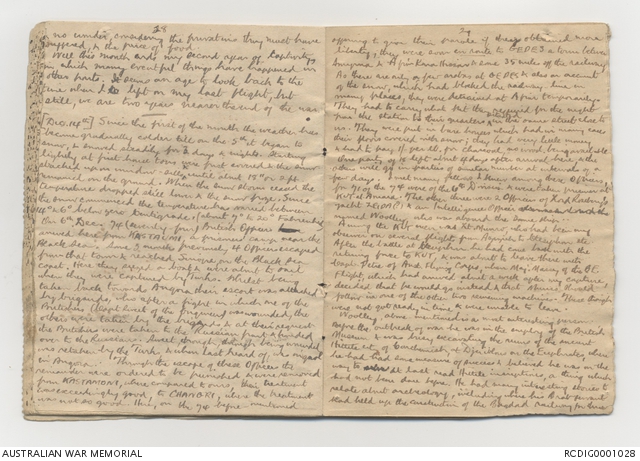 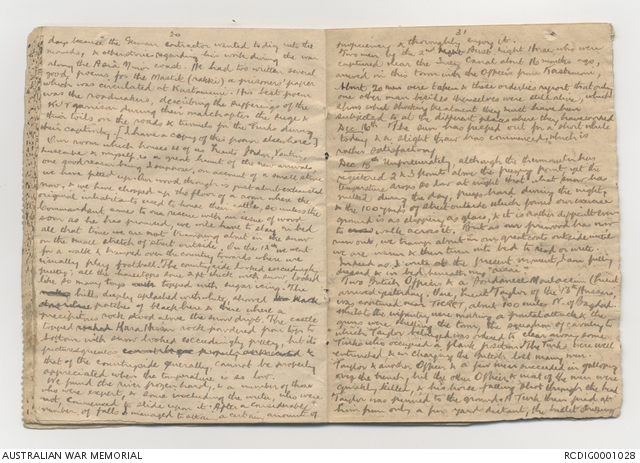 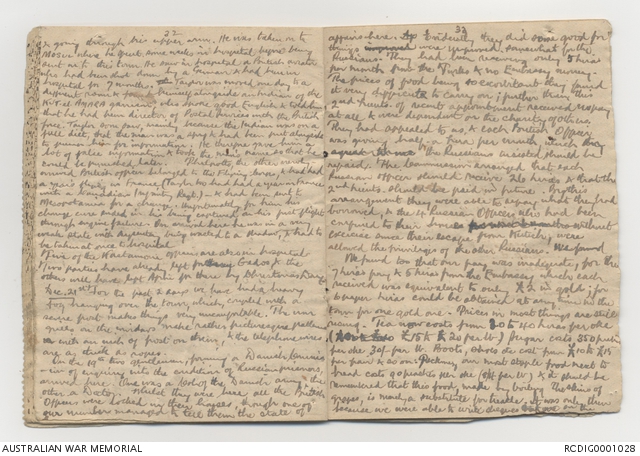 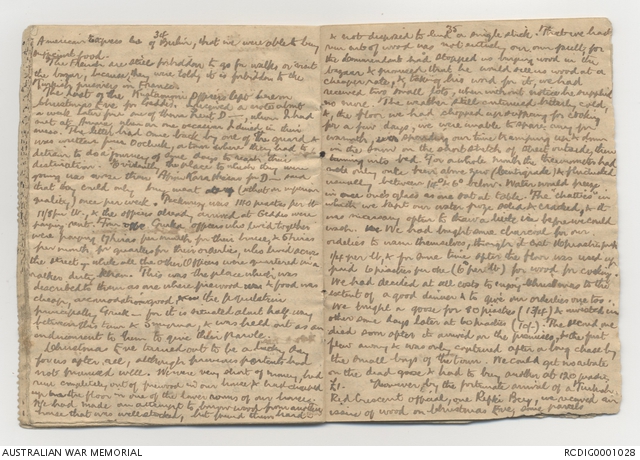 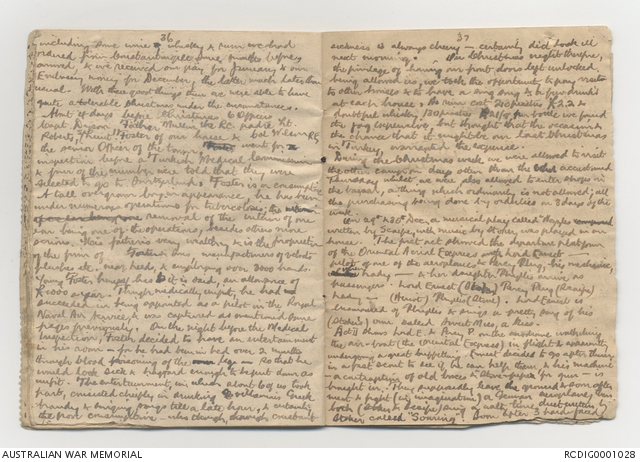 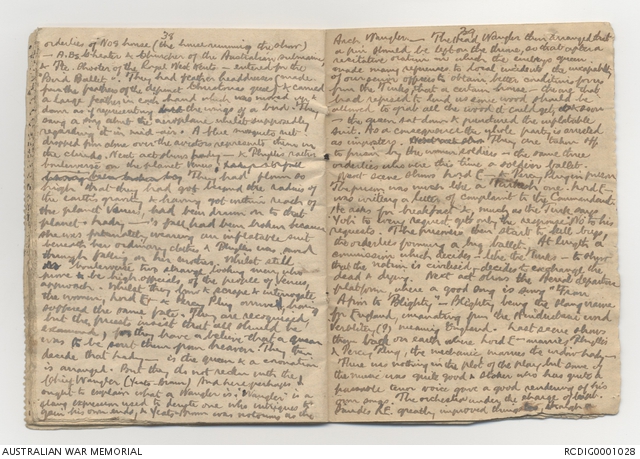 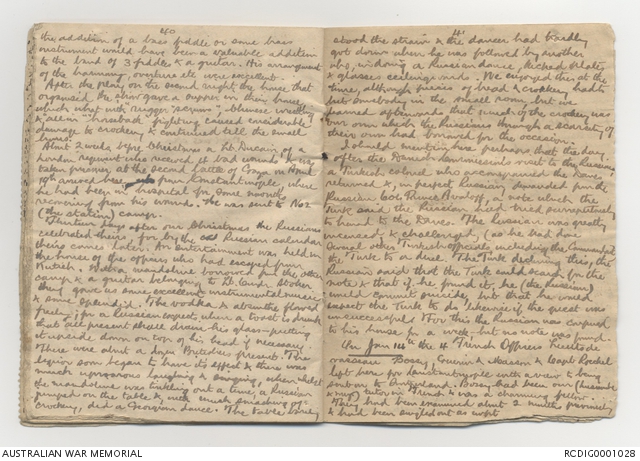 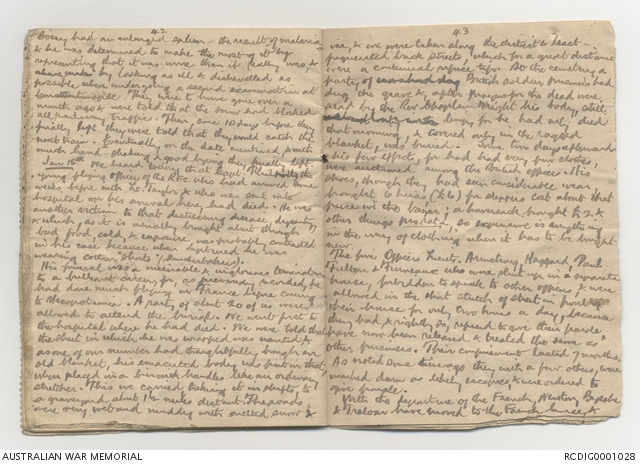 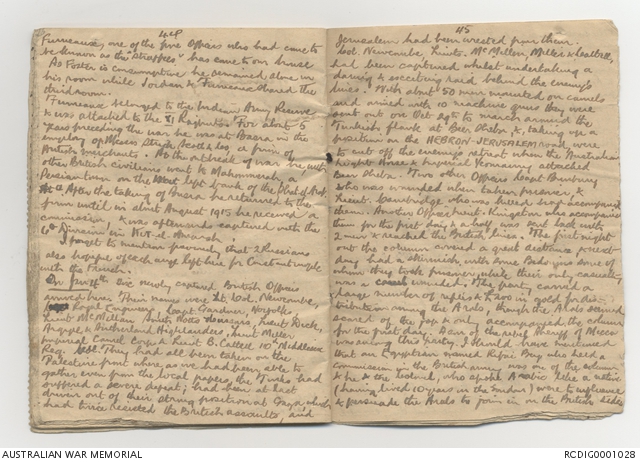 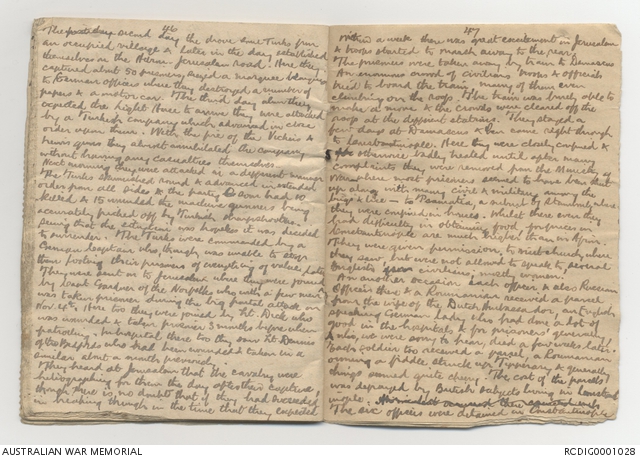 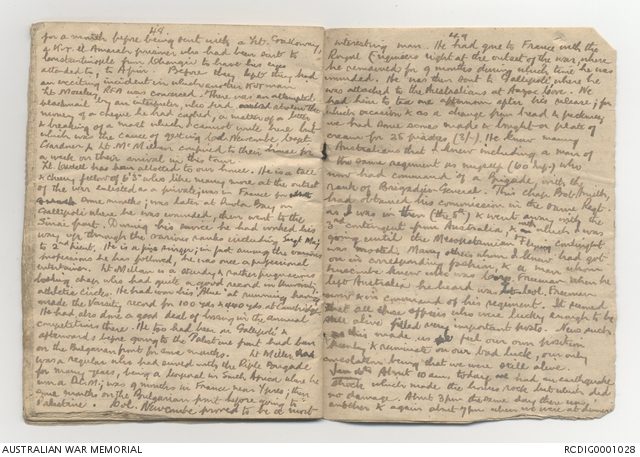 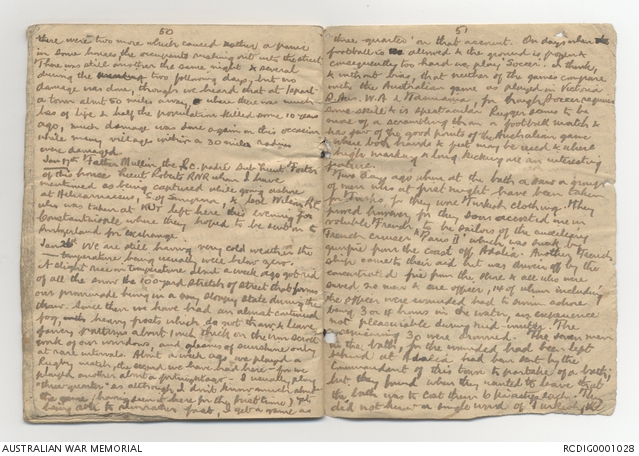 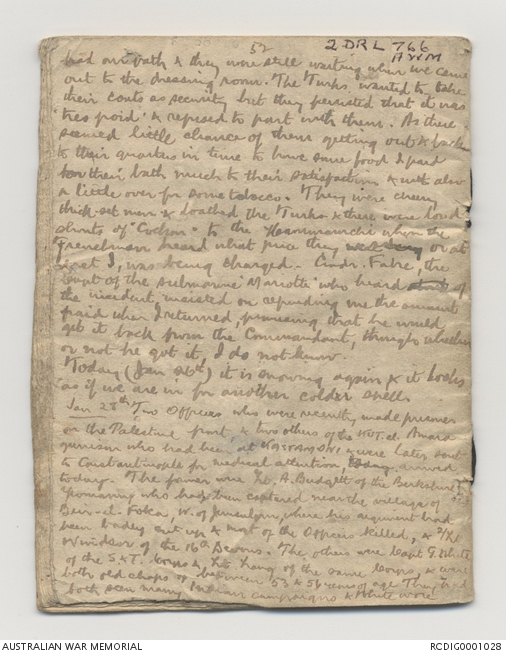 Diary [book 1G] relating to the captivity during the First World War of Captain Thomas Walter White, Mesopotamian Half Flight, Australian Flying Corps. In this diary kept between July 1917 and June 1918, White details his time as a prisoner of the Turks at Afion Kara Hissar camp, Turkey. In particular he notes activities such as games of cricket and theatre plays. He writes in detail of new prisoners and their stories of their capture and subsequent travels to the camp. Food and the weather are also mentioned throughout.