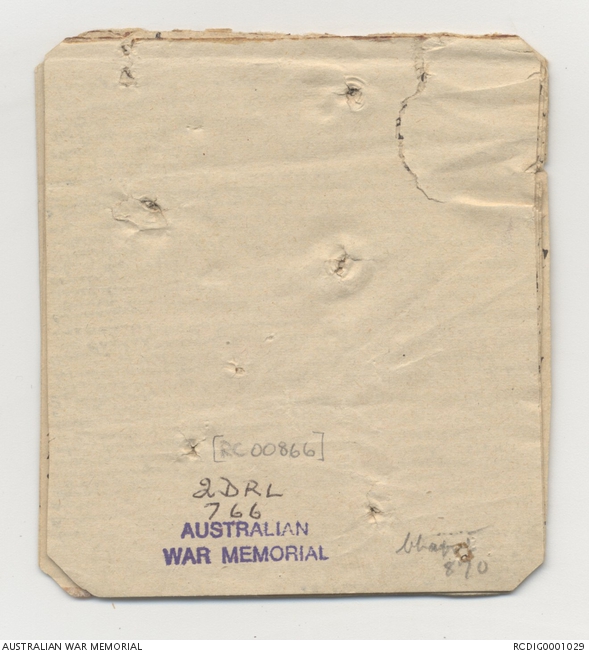 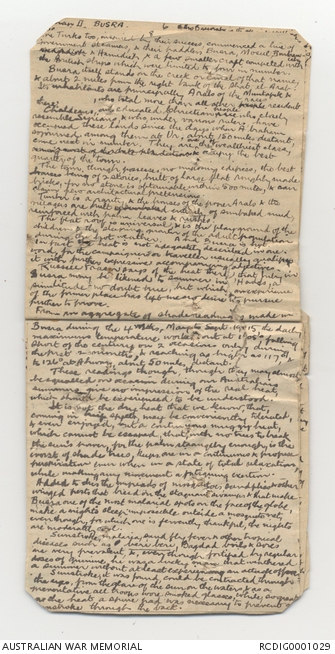 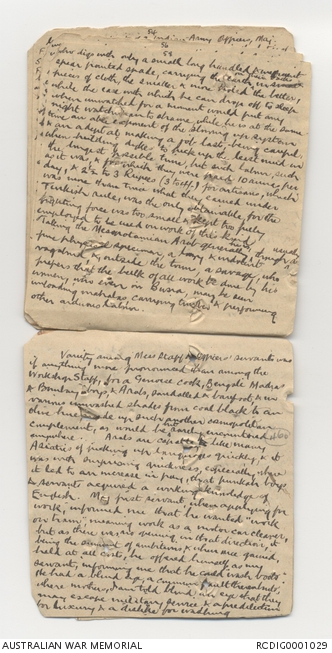 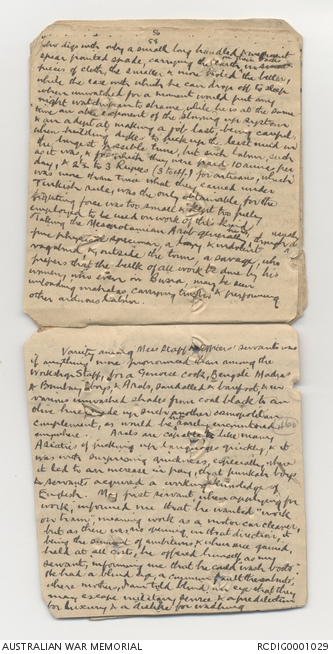 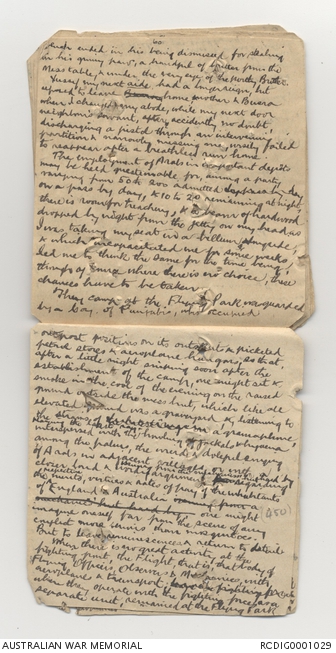 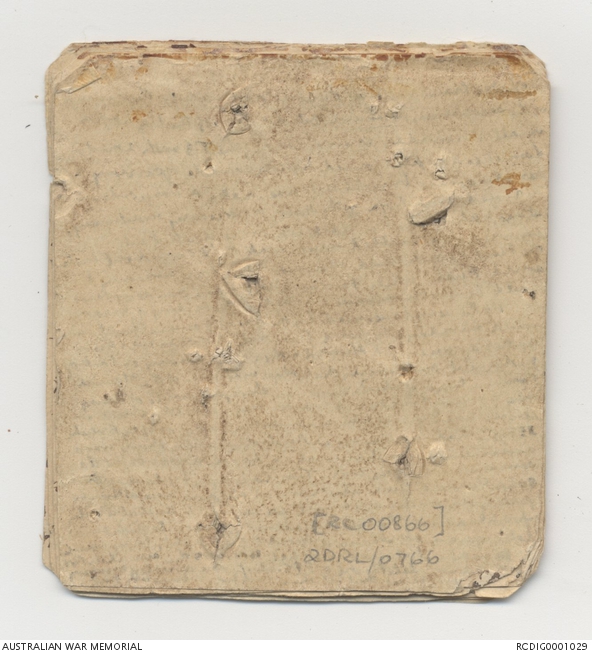 Diary [Busra] relating to the First World War service of Captain Thomas Walter White, Mesopotamian Half Flight, Australian Flying Corps. The notebook covers the period May and September 1915, the period before White’s capture. White describes Basra and gives details of the weather, malaria and gives an account its dried date industry. White details the Battle of Shaiba of April 1915 and writes about the history and formation of the Mesopotamian Half Flight. The notebook was possibly written during his captivity.