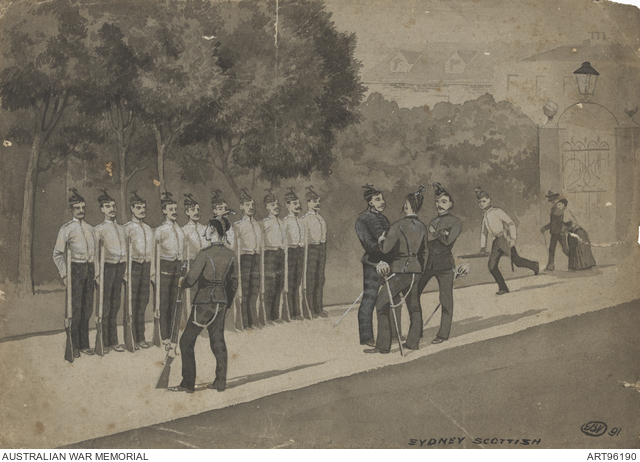 Members of the New South Wales (NSW) Scottish Rifles are depicted lining up for inspection in Sydney. Lieutenant Gideon Grieve has been identified as the man on the right of the group of three men gathered.

Gideon James Grieve was born in Edinburgh, Scotland in 1863. He migrated to Australia where he established a successful stationary business in Sydney. He volunteered for the Boer War and was killed in action on 18 February 1900, at the battle of Paardeberg, while on secondment as a company commander to the 2nd Battalion, The Black Watch.