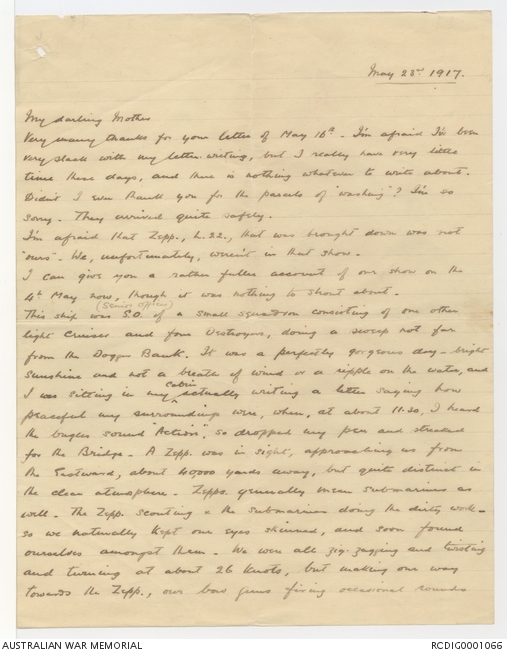 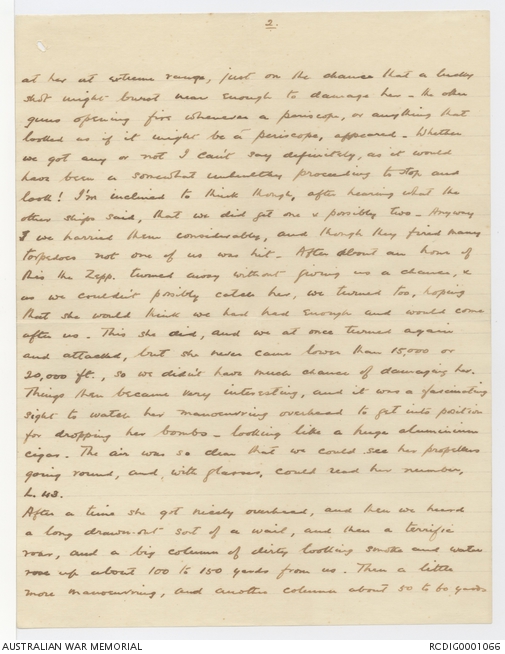 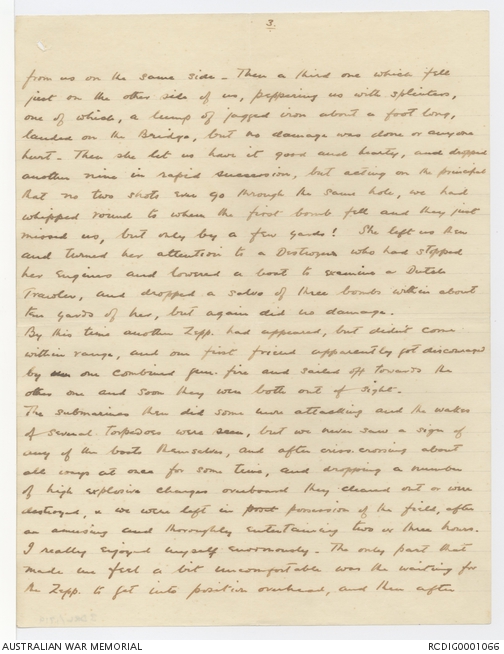 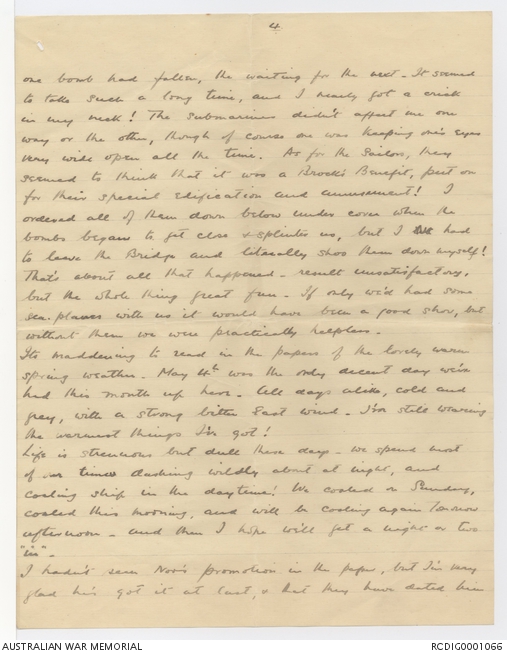 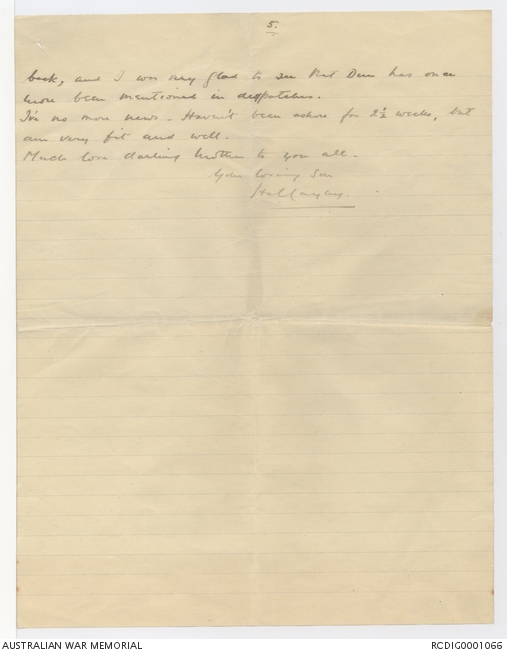 Letter relating to the First World War service of Rear Admiral Henry Priaulx Cayley, RAN. In this letter to his mother, Cayley details the encounter of HMAS Sydney and her destroyer escort with the the German zeppelin L43 whilst on patrol in the North Sea. He documents the relaxed atmosphere on board during the event, saying that for many of the sailors "it was a Brock's Benefit, put on for their special edification and amusement." ('Brock's benefit' being name of the public fireworks display held annually at the Crystal Palace in London from 1865 to 1936) and describes life on board as being strenuous but dull.