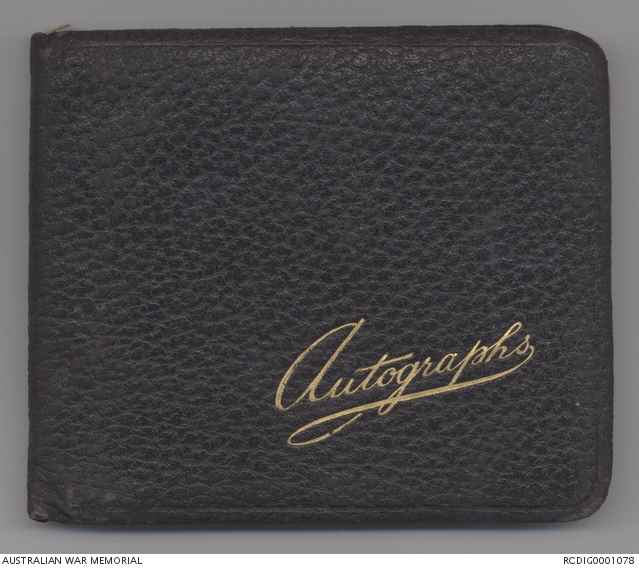 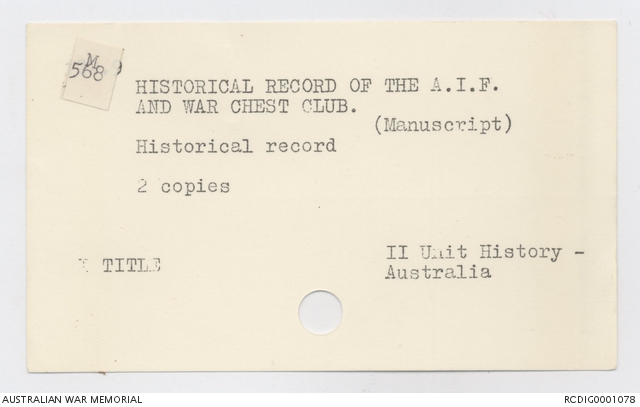 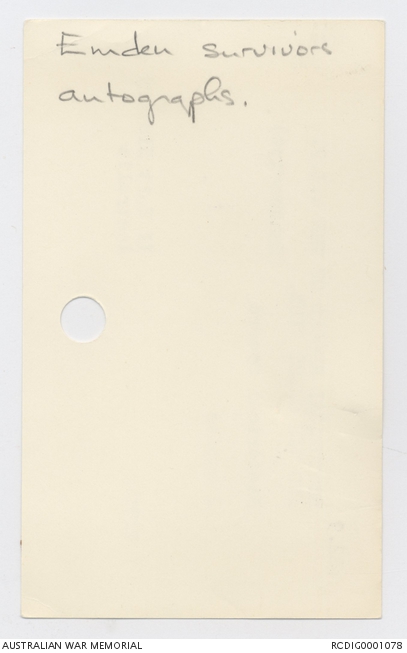 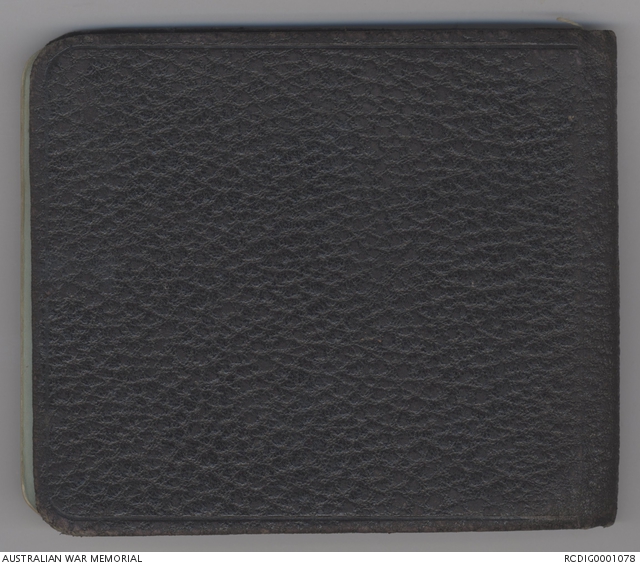 Autograph book relating to the First World War service of 909 Sergeant Lawrence Stanley Vivian Moss. This autograph book contains autographs collected by Moss whilst on board HMAT Orvieto in November 1914. Among the autographs are those of H Company of the 5th Battalion, the unit which Moss was serving with. Other autographs included are those of the German survivors of SMS Emden which Orvieto had taken on board at Colombo. Moss has also listed the transport and escort ships that formed the first Australian and New Zealand troopship convoy to Egypt.